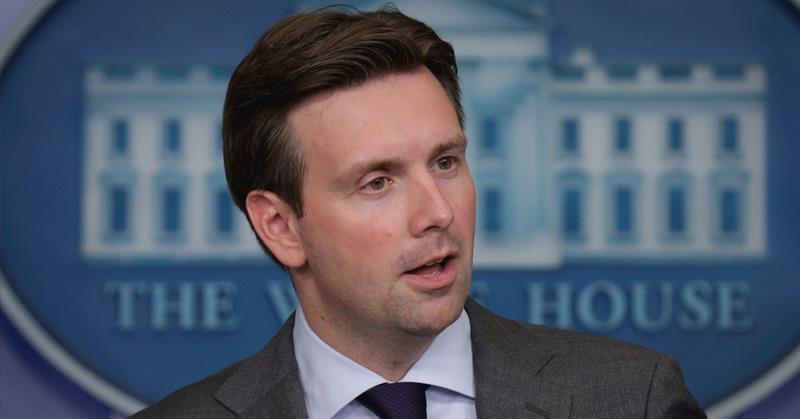 During a recent White House press conference, Press Secretary Josh Earnest offered response to questions regarding the President’s position on the FBI’s decision to reopen the investigation into Hillary’s email server scandal.

While there have been many cases where the White House has politicized and otherwise straight forward issue, this is actually not one of those cases.

Senate Minority Leader Harry Reid had absolutely no problem accusing Director Jim Comey of politicizing the investigation, and even accused him of violating the Hatch Act (preventing federal employees from campaigning for political candidates), but that’s quite the stretch. He might have pulled a muscle on that one.

In a series of tweets from CBS White House Correspondent Mark Knoller, the surprising position of the White House was revealed:

.@PressSec will "neither defend nor criticize" what FBI Dir Comey says in statements to the public. He's a "man of integrity & character."

WH/Earnest says WH "scrupulous about avoiding appearance of influencing FBI/DOJ decisions. "That is a posture I wont change."

Earnest says @POTUS doesn’t believe that Comey is trying to influence the outcome of the election.

.@PressSec says Pres Obama "thinks very highly" of FBI Dir Comey, and has confidence in him.

The White House actually went an extra step, and tried to distance itself from Senator Reid’s accusation.

WH distances itself from @SenatorReid charge that FBI Dir Comey may have violated Hatch Act with statement on Clinton email matter.

The decision not to even provide much comment on the investigation is a good thing, and something that few of us saw coming. Situations like this, involving a controversial issue, have tended to garner the attention of the White House as the administration tries to sway public opinion in the direction that it wants (remember the Trayvon Martin case?).

But this begs the question that one Twitter user so poignantly asked:

Wow – what does POTUS know that rest of us dont 👇 https://t.co/5uRmYtsN2I

Hmm, what’s going on behind the scenes?