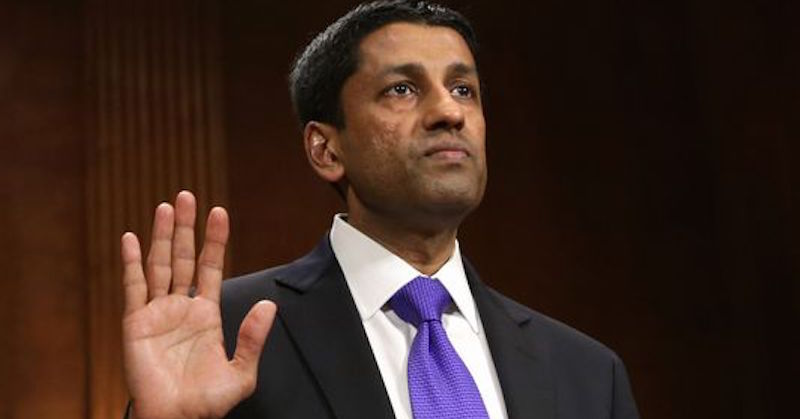 With the sudden death of conservative icon and Supreme Court Justice Antonin Scalia, Barack Obama now has one last opportunity to shape America to his image for decades to come. Replacing Scalia with a liberal appointee would shift the tenuous balance on the court from a moderately 5-4 conservative one to a hard 5-4 liberal court. The prospects to this country are terrifying.

So who would Barack Obama choose? There are a few on the short list, identified by the New Yorker last year. Here are their names:

Srinivasan is the child of Indian immigrants and grew up in Lawrence, Kansas. He has a law degree and an MBA from Stanford and clerked for two conservative judges, J. Harvie Wilkinson III and Sandra Day O’Connor.

He also served as Obama’s deputy solicitor general and has argued 25 cases before the Supreme Court. In 2013 he won confirmation to his current position by a unanimous vote of 97-0. As the first Indian-American justice, his appointment would be historic.

Judge Paul Watford, 48. Watford, who now serves on the Court of Appeals in the Ninth Circuit, is a former law clerk to Circuit Chief Judge Alex Kozinski. He was a federal prosecutor and corporate lawyer. Watford is African American.

Judge David Barron, 48. As the only white male on the short list, Barron stands less of a chance than the others. Still, he serves as an appeals court judge in the First Circuit. He was a Harvard professor and is perhaps most famous for writing a legal memo for the Obama Administration justifying the use of lethal drone strikes on American citizens without judicial process.

Jane Kelly, age 51, Eighth Circuit judge. A graduate of Harvard Law School in 1991 (the same year as Obama), Kelly has an unusual background for a Supreme Court Justice. She’s a career public defender who has practiced almost entirely in Iowa. Most important for confirmation purposes, she has an enthusiastic fan in Charles Grassley, the Iowa Republican who chairs  the Judiciary Committee. In 2013, she was confirmed 96–0 for her seat on the Eighth Circuit.

Patricia Ann Millett, 52, D.C. Circuit judge. A former lawyer in the Solicitor General’s office with thirty-two Supreme Court arguments to her credit, Millett was the least controversial of the three judges recently confirmed, thanks to the nuclear option, for the D.C. Circuit. The wife of a Navy reservist, Millett has been an advocate for military families, which is a confirmation-friendly activity.