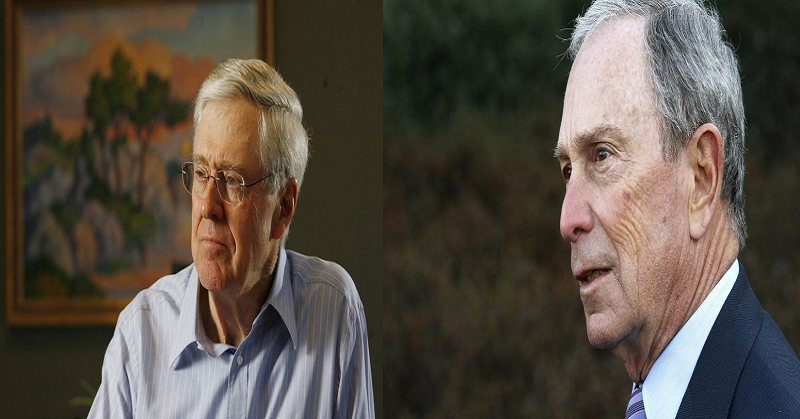 It’s a match made in heaven or hell, depending on your view of the two billionaire politicos.

During a recent commencement address at the University of Michigan, many of us were pleasantly surprised when Bloomberg wasted no time to blast “trigger warnings” and so-called “safe spaces.”

An excerpt of his speech at Bloomberg News was titled “Here’s Your Degree. Now Go Defeat Demagogues.” Indeed, today’s social justice warriors aren’t warriors for the rights of anyone. The are demagogues themselves.

Now, Bloomberg has taken to the Wall Street Journal with right-wing boogeyman Charles Koch to stress the importance of free speech on campus.

Our advice is this: Stop stifling free speech and coddling intolerance for controversial ideas, which are crucial to a college education—as well as to human happiness and progress.

Across America, college campuses are increasingly sanctioning so-called “safe spaces,” “speech codes,” “trigger warnings,” “microaggressions” and the withdrawal of invitations to controversial speakers. By doing so, colleges are creating a climate of intellectual conformity that discourages open inquiry, debate and true learning. 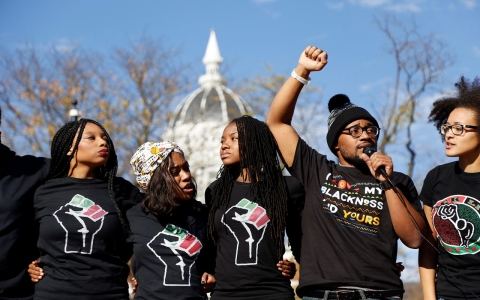 Students and professors who dare challenge this climate, or who accidentally run afoul of it, can face derision, contempt, ostracism—and sometimes even official sanctions.

The examples are legion. The University of California considers statements such as “America is the land of opportunity” and “everyone can succeed in this society, if they work hard enough” to be microaggressions that faculty should avoid.

The roll of disinvited campus speakers in recent years continues to grow, with the Foundation for  The list includes former Secretary of State Madeleine Albright, who is scheduled to give the commencement address at Scripps College this weekend. Student protests have vilified her as a “genocide enabler” and 28 professors have signed a letter stating they will refuse to attend.

The continued march of justice and progress depends on free speech, open minds and rational discourse. Colleges and universities—and those who hold their degrees—have helped lead the way for most of this nation’s history. The well-being of future generations of Americans depends on the preservation of that great legacy.

I can’t say I was ever much a fan of Bloomberg, but he’s a hell of a lot better than what we have now in New York City.