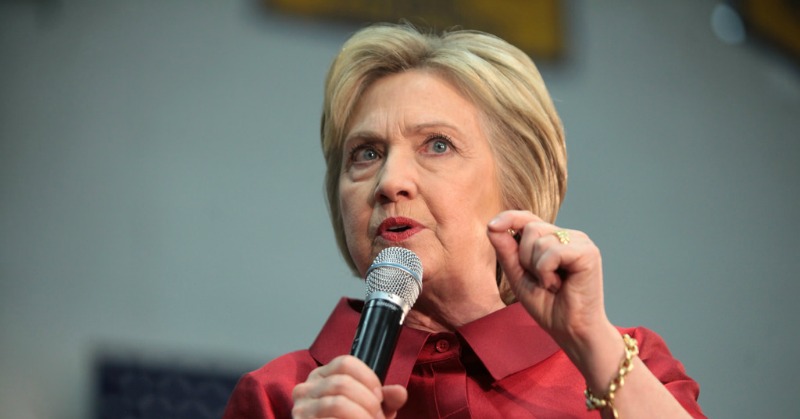 Barack Obama’s complete contempt for Congress and the separation of powers has rubbed off on Hillary Clinton big time.

Included in the batch of emails released by Wikileaks Friday is a Oct. 4, 2016, exchange where Clinton’s press secretary says Hillary would take a “tougher” stance on guns than her primary opponent, Bernie Sanders:

Circling back around on guns as a follow up to the Friday morning discussion: the Today show has indicated they definitely plan to ask bout guns, and so to have the discussion be more of a news event than her previous times discussing guns, we are going to background reporters tonight on a few of the specific proposals she would support as President – universal background checks of course, but also closing the gun show loophole by executive order and imposing manufacturer liability.

The email came three days after the Umpqua Community College shooting in Oregon, where nine students and a professor were fatally shot.

Clinton has always supported gun control by executive fiat but the Umpqua incident just ramped up the rhetoric. Clinton began saying she wanted to “go further than Obama” on gun control, Breitbart reports.

Of course – the gunman at Umpqua Community College actually passed a background check for his weapons, so Clinton’s proposed executive order would have zero effect on attacks of that nature. Also, any attempts to close the “gun show loophole” would be ineffective as well, since the shooter didn’t acquire his weapons at a gun show.

Her plan to open gun manufacturers to lawsuits by crime victims will not reduce crime either, but it will bankrupt–and eventually end–gun manufacturing in the United States. Senator Bernie Sanders warned of this during the March 6, 2016, Democrat debate, when he said, “If [gun makers] are selling a product to a person who buys it legally, what you’re really talking about is ending gun manufacturing in America. I don’t agree with that.”