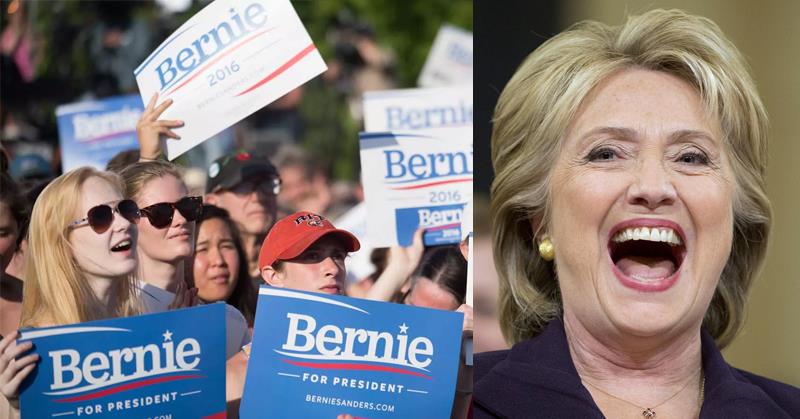 In 2014, the campaign of then-Democrat primary candidate Hillary Clinton colluded with the Democrat National Committee to trick the supporters of her primary competitor, Vermont Sen. Bernie Sanders.

Dated March 20, 2014, and released among the batch of emails published last Friday by WikiLeaks, an email sent by former DNC executive director Mark Siegel to the Clinton campaign proved as much.

“If we ‘give’ Bernie this in the Convention’s rules committee, his people will think they’ve ‘won’ something from the Party Establishment,” Siegel wrote in an email to Tamera Luzzatto, who then forwarded the email to a number of Clinton’s top campaign officials.

“And it functionally doesn’t make any difference anyway,” he added. “They win. We don’t lose. Everyone is happy.” 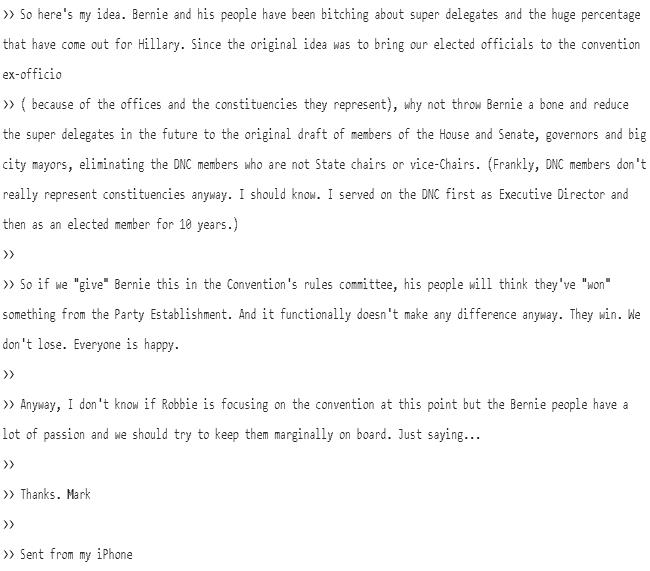 What Siegel wanted to “give” Sanders and his supporters was a reduction in Clinton’s super delegates, which they argued was unfair.

He figured that by simply eliminating a few super delegates, the DNC could appease Sanders and his supporters while still ensuring that Clinton would ultimately win, which she did.

It turned out that 15 percent of the 4,760 Democrat delegates were super delegates, and not shockingly, most of them were assigned to Hillary Clinton by default.

By the end of the primary, Clinton specifically had 609 delegates, while Sanders had only 47. Sadder still was the fact that Sanders would have had even fewer delegates had Siegel not concocted his phony scheme.

The entire plot reeked of the type of corruption we have become accustomed to witnessing from the Democrats. It seems are willing to do practically anything to make certain they get exactly what they want.

No one has worse judgement than Hillary Clinton – corruption and devastation follows her wherever she goes.

Corruption and devastation indeed, though had I written that tweet, I would have added this word: LIES!