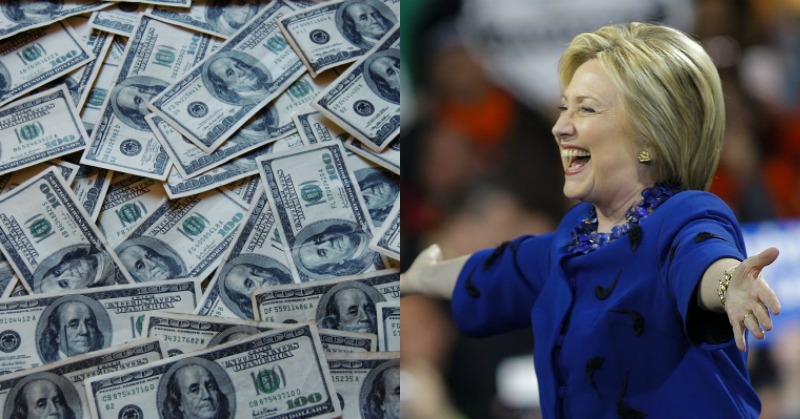 In another WikiLeaks release on Nov. 1, two major things were once again exposed about the Clinton Foundation. First, the pay-to-play scheme was blatantly evidenced again and another example of the Clinton/Russia connection was exposed which is further proof of why Clinton and the Dems feverishly try to deflect their shady Russian connections onto Trump.

The March, 2015 email released by WikiLeaks was sent by Clinton Foundation director of foreign policy, Amitabh Desai, to the Clinton campaign. In it, Desai discussed with the campaign about former President Bill Clinton potentially meeting with billionaire Ukranian Clinton Foundation donor, Victor Pinchuk.  From the email:

“Victor Pinchuk is relentlessly following up (including this morning) about a meeting with WJC in London or anywhere in Europe. Ideally he wants to bring together a few western leaders to show support for Ukraine, with WJC probably their most important participant,” wrote Desai. “I sense this is so important because Pinchuk is under Putin’s heel right now, feeling a great degree of pressure and pain for his many years of nurturing stronger ties with the West.”

Besides Pinchuk being a major Clinton Foundation donor, there are even more ties, as discovered by The Observer:

According to an August piece in The Wall Street Journal, when she was secretary of state, Hillary Clinton hosted a dinner with Pinchuk, who retained a lobbyist to schedule meetings with the State Department. The New York Times reported several meetings were indeed scheduled with the State Department on behalf or with Pinchuk, who donated between $10 million and $25 million to the Clinton Foundation, and has lent his private plane to the Clintons.

As The Observer noted, it is not clear whether or not a meeting between Bill Clinton and Pinchuk materialized. However, what this does make clear is that the Clinton Foundation was not all about philanthropy, and that for the right price, access to the Clintons was for sale.

Take a look at what the Observer reported about why Clinton and the Democrats are so hell-bent on painting Trump as the one with Russian connections — something that has been debunked by the FBI by the way:

Newsweek reported in early 2015 that Pinchuk’s trading with Iran may breach U.S. sanctions imposed against the country. Interpipe Group, owned by Pinchuk, made a series of shipments to Iran in 2011 and 2012. “Interpipe may qualify for penalties due to the mere presence on American soil of North American Interpipe Inc, its United States subsidiary,” wrote Rory Ross. “The U.S. authorities can also penalize non-American companies with no base in the U.S. at all which it judges to be working counter to its foreign policy, as happened to Zhuhai Zhenrong, a Chinese oil company, in 2012.” Ross noted the person in charge of this list when the shipments to Iran were made was Hillary Clinton.

This is precisely what the Left does. When they are guilty of something, they project it onto their opponent. If we want to talk about shady Russian connections, look no further than Hillary Clinton and her family slush fund.