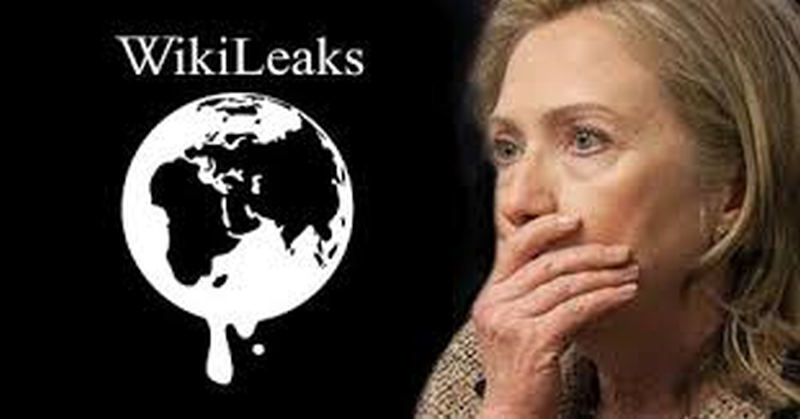 When it rains, it pours.

WikiLeaks has just released the twenty-eighth batch of emails hacked from the account of Hillary Clinton campaign chair John Podesta. For extra tantalizing, they’ve dubbed this release the “DoJ/FBI/Huma special.”

If today’s release is anything like its twenty-seven predecessors, we’ll likely be learning all sorts of exciting things about Team Clinton’s corruption and/or incompetence for days to come — likely enough to take us right through Election Day without exhausting all of its revelations.

ZeroHedge has begun digging through the emails, and has already uncovered a few highlights…from the humorous (in a schadenfreude sort of way)…

In an email from June 10, 2011 from now-campaign communication manager Jenn Palmieri to John Podesta and Neera Tanden, Palmieri writes – regarding Huma Abedin following the first Anthony Weiner scandal – that it is…

“Time to get in the haz mat suits… Bust in that house and get Huma the hell out of there.”

…to the intriguing: an August 27, 2015 email in which former Bill Clinton flunky Lanny Davis proposed that Hillary sit down for an interview with Fox News Channel’s Megyn Kelly to answer questions about her homebrew email server. Lanny suggested that because he personally knew both Kelly and Roger Ailes, the interview would be tough — but not too tough:

This interview has the potential to be a ratings and media bonanza. I have confidence she would hit a political home run and have a massive audience to deliver her message without a filter.

Of course there is a risk that Megan will try to show how tough she can be, even tougher than on Trump. I am assuming the worst case on that risk. But if we have a guarantee, which I believe We will get, that she will have an uninterrupted chance to respond to every question, and we have time to prepare, I think this could be a major plus and even a game changer in the various negative narratives about the Secretary being largely inaccessible and sometimes testy with the media.

Davis also mentioned a conversation he had with Ailes and Kelly “on the subject of HRC pre – announcement,” although what exactly that means or what came of it is unknown.

Of course, we don’t know whether this latest batch contains anything truly damning, and even if it does, there’s no telling whether it’ll be uncovered before Election Day (although every little bit of buzz keeping Hillary Clinton’s sleaziness in the headlines helps, of course…).

Fortunately, we don’t need to wait for the media to tell us what’s important and what isn’t. All the emails are available to read here, meaning you too can start exploring them for yourself right now.

We here at TFPP will be sure to keep you informed if we discover anything worthwhile, but why don’t you give it a shot too? If you strike gold, be sure to let us know about it by commenting below or clicking here.

The old media’s information monopoly is over. Today it’s up to all of us to discover the truth and spread the word.