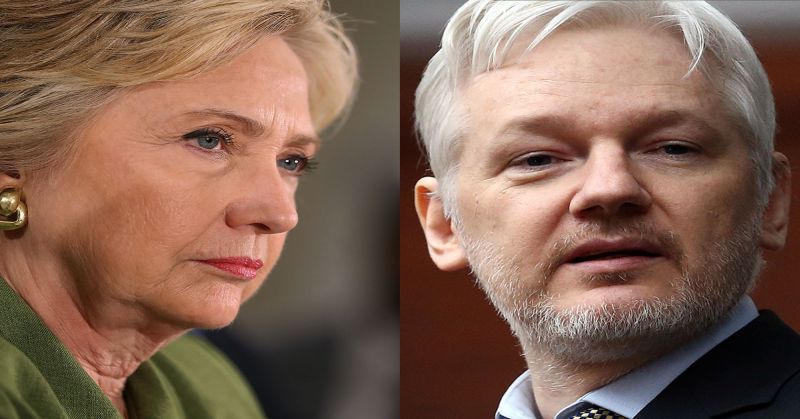 As Hillary Clinton finds it increasingly difficult to keep most of her supporters fooled, (getting ‘4 Pinocchios’ from the Washington Post and a ‘Pants on Fire’ rating from PolitiFact didn’t help), WikiLeaks may leave her beyond repair before the election.

WikiLeaks founder Julian Assange says he will release more hacked emails regarding the Clinton Foundation, a move which many believe will be an October surprise for Hillary Clinton.

Assange has been saying for some time that he has more emails that he will release before Election Day, but in a new interview with RT, he gave some hints at what information those emails might contain.

In particular, Assange mentioned the ties between Clinton and Sauda Arabia.

“Saudi Arabia is probably the largest single donor to the Clinton Foundation, and you can see Clinton’s arms export policies when she was a secretary of state favoring extensively Saudi Arabia,” Assange said.

He also suggested Clinton had a reason for attacking rival Donald Trump over his ties to Russia: She has her own ties she’s trying to conceal.

Will yet another scandal going public ruin Clinton’s run?  Or will she “4 Pinochios” her way through that as well?