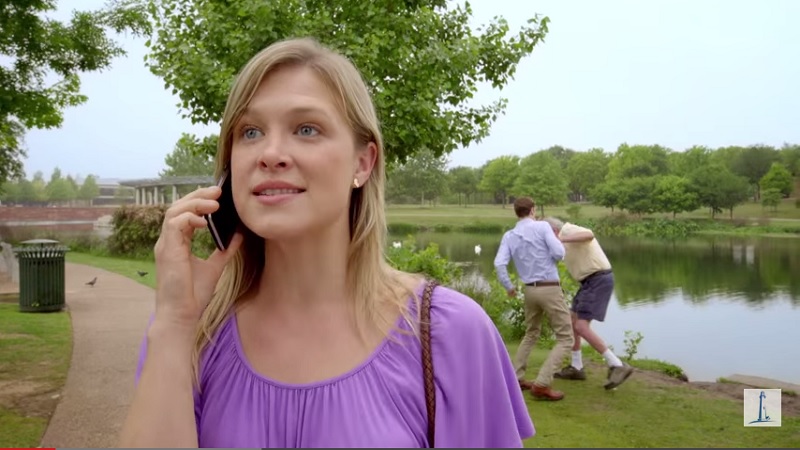 If you think the “stimulus” was the dumbest solution possible for the government-fueled “Great Recession,” if you are relishing Donald Trump’s takedown of Washington’s sacred cows, if you think the Obama administration’s introduction of Julia, the uber-dependent feminist liberal, was inartistic and amateur, you might just be ready to “Love Gov.”

The Independent Institute, an Oakland, Calif.-based nonprofit think tank that seeks to advance free enterprise and limited government policies, released the “Love Gov” series earlier this month. The formula just may have cracked the code to getting Millennials to reach the “aha moment” about the downside of excess government.

Hysterically lampooning the federal government by personifying it as a well-intended and overly pushy boyfriend, the five-part story chronicles the 10-year relationship between  Scott “Gov” Govinsky and Alexis, his “hapless, idealistic” girlfriend who repeatedly takes up his offers to help her pay for college, run a business, get health insurance, and buy a home.

For those among us who find excess government frustrating and infuriating, a series depicting such daily intrusions conceivably could send someone off the deep end. But the scripts are so funny and provide such clarity without being preachy, the series needs to be championed and shared with friends.

“Love Gov is a way to help anyone, especially Millennials, understand the federal government’s ever-expanding reach into personal lives,” David J. Theroux, founder and president of Independent Institute, said in a press statement. “It’s a lighthearted approach to reach audiences on a personal level, and inspire them to learn more and take action.”

John Papola, the co-founder and CEO of Austin, Texas-based Emergent Order, which wrote and produced the series for II, said his wife came up with the idea of using a dysfunctional relationship to depict what’s wrong with government overreach.

Gov is “overbearing, paternalistic,” Papola said. Gov is the epitome of government, taking the position that “I’m trying to protect you from the choices you’d make if I am not here.”

Gov is a laugh riot from the first scene. As Gov looks through binoculars at Alexis, who’s standing in a window overhead, a young kid comes up and asks if he’s spying on her. Gov replies, no, “I’m protecting her.”

Later, when Alexis’ friend Libby tells Gov that colleges have no incentive to cut costs when students are able to get federal loans — pointing to her smartphone where the information is plain to see — Gov responds, “Don’t let information get in the way of learning.” He also encourages Alexis to take out more school loans, saying, “There’s nothing more important than education … except maybe corn farmers.”

The data on Libby’s phone is in fact real. The video backs up II’s “MyGovCost” app, which lets people calculate the portion of their salary that goes to paying for various government programs. Papola said a main objective of the video series was to drive traffic to the app, and the zany humor of the video is woven into the app as well.

For instance, if someone types in a huge salary, the app responds, “We need to redistribute your wealth.”

If nothing more comes of the video series, it would be a shame. It should be a regular series. The actor playing “Gov” has superb comedic timing,” and “Alexis” is perfect as the person willing to suspend disbelief and believe all the action taken on her behalf by Gov is to benefit her.

Each part of the series is equally strong, but Alexis’ breakthrough near the end, when she realizes her accumulated debt, provides that moment of cosmic relief for the viewer who wonders how long can she go on letting Gov manipulate her.

It’s a question I often ask myself in real life.