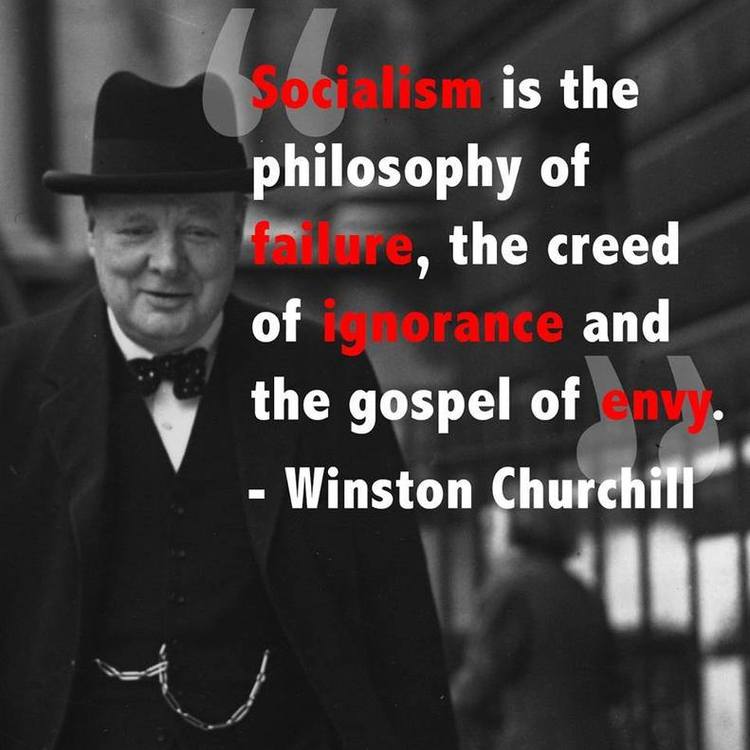 Over at Rasmussen, the pollsters have discovered that — for the first time in history — self-identified members of the Democrat Party now view socialism favorably.

The man currently running a distant second for the Democratic presidential nomination, Vermont Senator Bernie Sanders, is a self-declared socialist, and most of his party’s voters now have a positive view of socialism. They are almost evenly divided as to whether they like capitalism or socialism more.

Socialism, Communism, Maoism, and National Socialism (e.g., the Nazi Party) are all offshoots of Marxism. They are all branches of the same defective tree.

Marxism has failed in literally every venue it has been tried, despite progressives’ laughable efforts to claim certain countries have implemented it successfully.

No country has and no country ever will, because — as Margaret Thatcher sagely observed — “[the] problem with socialism is that eventually you run out of other people’s money”.

And those who point to the “success” of European countries that still maintain the semblance of civil societies have yet to see the Marxist endgame play out:

• All of these states have rung up immense and unsustainable levels of debt thanks to the socialists’ endless wealth redistribution schemes. Only a series of elaborate can-kicking exercises have kept the European Union from economic collapse.

According to a study conducted by academics at the University of Hawaii, Communism in the 20th century alone led to the murders of 110 million men, women and children.

Isn’t it ironic? When it comes to their own ideologies like climate change, progressives like to shut off debate by claiming that “The science is settled.”

In this case, the record of history is settled. Marxism and it descendents have failed in every situation and in very region across the world.

That the majority of Democrats could embrace such a twisted political philosophy is an indictment of not only our media, but also our failed, union-controlled educational system.

They can’t or won’t appreciate the intricate system of government created by our Framers that inarguably built the most magnificent economic miracle in human history. They live in the lap of luxury, unappreciative and stupefied, unable to explain how even the lowly pencil is made in our society.