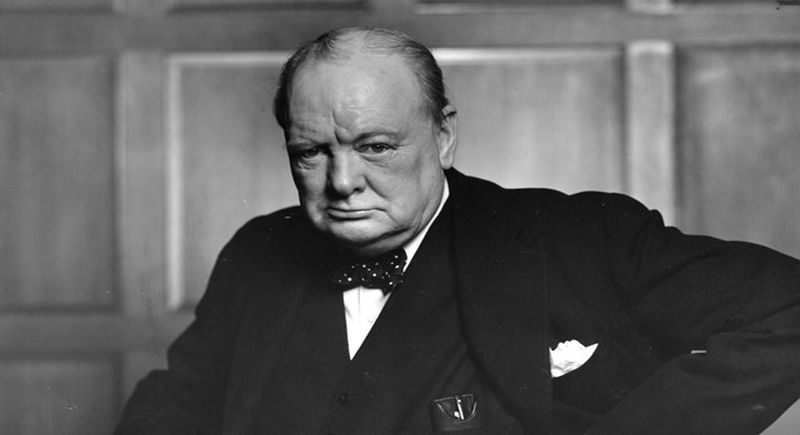 We’ve written before in response to President Obama’s false claim that Islam was “woven into the fabric” of the United States since the Founding here. More recently, we explained here how John Quincy Adams, sixth President of the United States, summed up the religion of Islam in one succinct sentence.

These things call to mind another harsh and brilliant critic of Islam, Sir Winston Churchill. The British Prime Minister and winner of the Nobel Prize in Literature never held anything back when it came to condemning Islam’s frequent recurrence to brutality and slaughter. You might be familiar with Churchill’s famous line, “Islam is as dangerous in a man as rabies in a dog.” The quote is somewhat inaccurate, but summarizes the sentiment well enough.

It comes from Churchill’s unabridged The River War:

How dreadful are the curses which Mohammedanism lays on its votaries! Besides the fanatical frenzy, which is as dangerous in a man as hydrophobia in a dog, there is this fearful fatalistic apathy. The effects are apparent in many countries. Improvident habits, slovenly systems of agriculture, sluggish methods of commerce, and insecurity of property exist wherever the followers of the Prophet rule or live. A degraded sensualism deprives this life of its grace and refinement; the next of its dignity and sanctity.

The fact that in Mohammedan law every woman must belong to some man as his absolute property—either as a child, a wife, or a concubine—must delay the final extinction of slavery until the faith of Islam has ceased to be a great power among men. Individual Moslems may show splendid qualities. Thousands become the brave and loyal soldiers of the Queen: all know how to die. But the influence of the religion paralyzes the social development of those who follow it. No stronger retrograde force exists in the world. Far from being moribund, Mohammedanism is a militant and proselytizing faith. It has already spread throughout Central Africa, raising fearless warriors at every step; and were it not that Christianity is sheltered in the strong arms of science—the science against which it had vainly struggled—the civilization of modern Europe might fall, as fell the civilization of ancient Rome.

In a story that is almost a year old, but certainly worth remembering at such a critical time as now, a British man was arrested for publicly quoting this exact passage of Churchill’s.

Quoting Winston Churchill’s opinions on Islam contributed to a U.K. politician’s arrest — and possible imprisonment of up to two years.

Paul Weston, chairman of the party Liberty GB, was making a speech Saturday outside the Winchester Guildhall in Hampshire, when he quoting the famous prime minister, the Independent reported.

After a member of the public complained, Mr. Weston was subsequently arrested for religious harassment when he did not comply with officers’ orders to leave the area.

The text that contributed to Mr. Weston’s arrest came from Churchill’s book “The River of War: An Account of the Reconquest of the Sudan,” written by the former prime minister in 1899 during his time as an Army officer in Sudan. 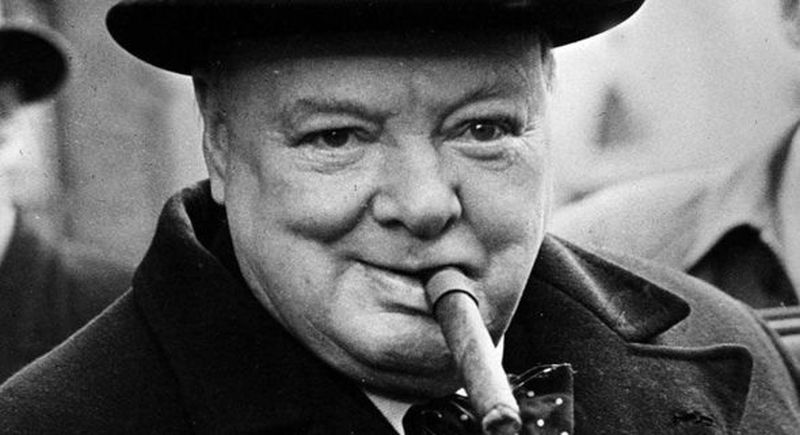 America’s Thomas Jefferson, in his Notes on the State of Virginia, expressed an identical sentiment as Churchill later did, regarding the unjust and vile treatment of women by “the merciless Indian savages”:

The women are submitted to unjust drudgery. This I believe is the case with every barbarous people. With such, force is law. The stronger sex therefore imposes on the weaker. It is civilization alone which replaces women in the enjoyment of their natural equality. That first teaches us to subdue the selfish passions, and to respect those rights in others which we value in ourselves. Were we in equal barbarism, our females would be equal drudges.

Again, Jefferson said this regarding the Indians, but one can easily imagine the same rule generally applied to the religion of Islam, which refuses to recognize the equal rights of women.

Here’s Churchill again on Islam, this time from The Story of the Malakand Field Force:

That religion, which above all others was founded and propagated by the sword—the tenets and principles of which are instinct with incentives to slaughter and which in three continents has produced fighting breeds of men—stimulates a wild and merciless fanaticism. The love of plunder, always a characteristic of hill tribes, is fostered by the spectacle of opulence and luxury which, to their eyes, the cities and plains of the south display. A code of honour not less punctilious than that of old Spain is supported by vendettas as implacable as those of Corsica. …

Indeed it is evident that Christianity, however degraded and distorted by cruelty and intolerance, must always exert a modifying influence on men’s passions, and protect them from the more violent forms of fanatical fever, as we are protected from smallpox by vaccinations. But the Mohammaden religion increases, instead of lessening, the fury of intolerance. It was originally propagated by the sword, and ever since its votaries have been subject, above all the peoples of all other creeds, to this form of madness.

Christianity (and also Judaism) is conducive to the civilization of mankind, meaning the public recognition of the equal natural rights of all human beings. It moderates man’s passions and increases the propensity for toleration. Islam does not.