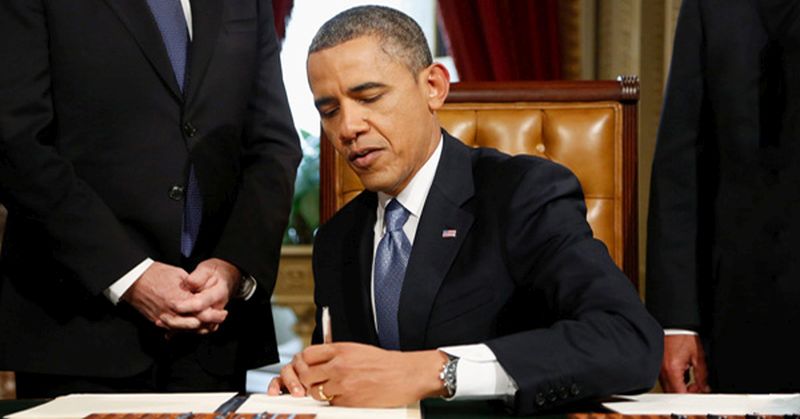 With just five full days left, Barack Obama is trying to jam as much of his leftist agenda down America’s throats as possible.

Handing out “executive orders” like they were Tic-Tacs, Obama has signed a flurry of rules that will dramatically affect millions of Americans’ lives, many for the worse.

On Thursday alone, Obama designated three new national monuments and expanded two, eliminated the “Wet Foot, Dry Foot” Cuban policy, announced sanctions against 18 Syrian officials for their role in the use of poison gas during the war, gave Vice President Joe Biden the Presidential Medal of Freedom and officially accused Fiat Chrysler of cheating on national emission standards, The Washington Post is reporting.

For weeks, congressional Republicans and members of the Trump transition team have questioned why the White House is pressing ahead given that the GOP will control both the executive and legislative branch for at least the next two years.

On Dec. 5, 23 Republican senators wrote Obama a letter asking that his administration “cease issuing new, nonemergency rules and regulations given the recent election results of November 8.”

“It is our job now to determine the right balance between regulation and free market principles and make sure that our federal government no longer stands between Americans and financial success,” they wrote.

But it’s not just the executive orders. Obama’s federal agencies are also on a hiring binge. They’re assuming that Trump will impose a “freeze” on hiring any news federal employees and want to get as many in before that as possible.

Trump and Vice-President Elect Mike Pence have promised to reverse some of Obama’s key policies as soon as they take office, but The Post reports that it will be “nearly impossible to erase all of them in the months and years ahead, and to achieve the maximum impact, Trump will have to accept new limits on his own power.” 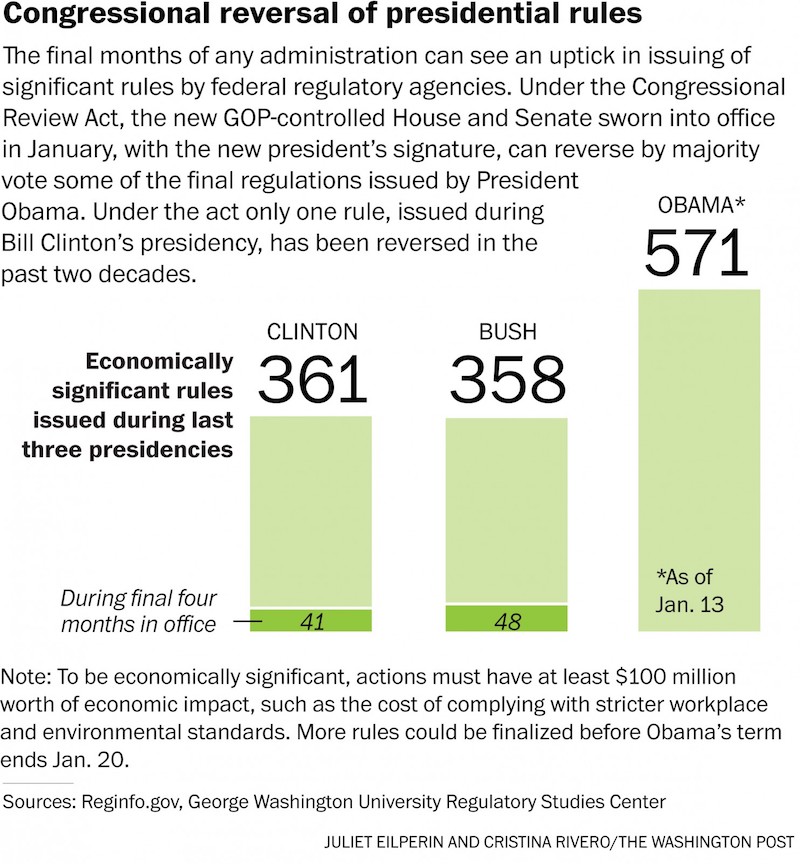 The Obama administration’s race toward the finish line isn’t completely out of the ordinary. Last-minute regulatory actions also spiked in 2008 and in 2000, said Sam Batkins, director of regulatory policy at the conservative American Action Forum, which has long been tracking White House regulations.