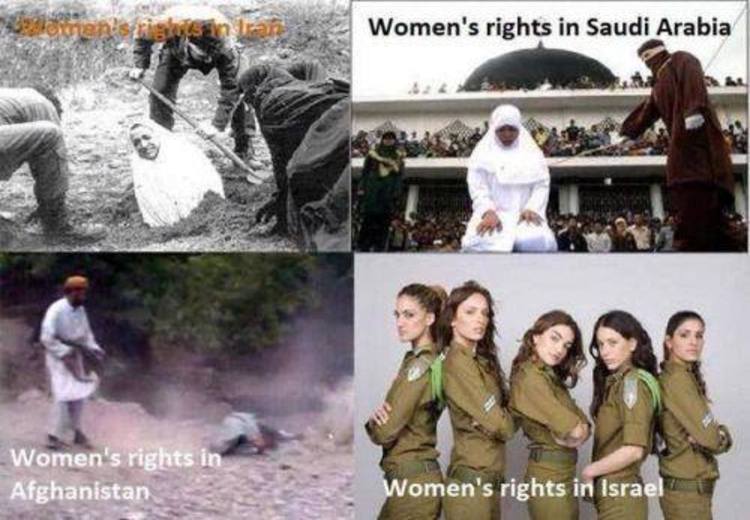 Robert Gehl reports the poisonous anti-Semitism at the United Nations spilled over again as Israel was singled out as the single worst oppressor of women on the planet.

Not Saudi Arabia, where women are forbidden to drive, or Iran, where wives are stoned to death for adultery, or Egypt, where genital mutilation is commonplace, or the Sudan, where women give birth while in prison with their legs shackled simply for being Christian.

But Israel, democratic Israel. The Israel that is beset by enemies determined to – sworn to – destroy it.

The UN Commission on the Status of Women ended their annual meeting in New York this week by condemning one and only one country for violating women’s rights: Israel. This happens every year. They end their sessions with a resolution condemning the Jewish State for violating the rights of Palestinian women, Anne Bayefsky at Fox Newswrites.

Of the final resolutions proposed by the month-long meeting, five were about Israel. One each for North Korea, Syria and Iran. No mention of China, Russia or Saudi Arabia or any other nations where being a woman is a living hell.

At this meeting, Palestinian groups present their version of the “atrocities” committed on the Palestinians.

Operating hand-in-glove with governments and the U.N. secretariat are the unelected, sanctimonious NGOs, to which the UN offers free facilities and daily advertisement of “side-events.”  In theory “materials containing abusive or offensive language or images are not permitted on United Nations premises.”

In practice, in Geneva the UN permitted handouts that claimed Israel “saw ethnic cleansing as a necessary precondition for its existence.”  A film accused Israel of sexual violence against children and “trying to exterminate an entire Palestinian generation.”  Speeches focused on the 1948 “catastrophe” in which a “settler colonial state” was established on Palestinian land.

The New York CSW-NGO scene included a film set in in the context of Israeli “oppression” and the “tear gas of my childhood,” and statements analogizing the experiences of Palestinians to today’s Syrian refugees.

With the rise of Islamic terrorism, with Israel as it’s singular enemy, the European states – terrified by the prospect of further attacks – voted either in favor or abstained from these idiotic resolutions against Israel.

Only 70 years away from World War II, when the Jewish people were slaughtered by the millions on the continent of Europe and is there nobody left there to defend their right to exist?

With the rise of Islamic terrorism comes and equally dangerous rise in anti-Semitism. Europe is caught between both and it is lashing out at the only free and democratic nation in the Middle East.