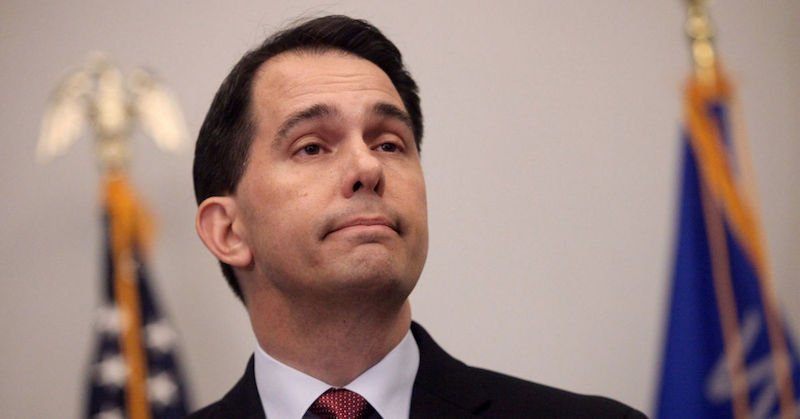 Allowed to work, the policies and principles of limited government, increased liberty and lower taxes can herald untold economic success.

Under Scott Walker’s leadership, the state’s budget just got $714 million brighter – they’ve turned a projected deficit into a small surplus, defying all expectations.

Tax revenues are $455 higher than even the Department of Administration projected just two months ago, The Wisconsin State Journal is reporting. Also, state spending is a full $226 million lower than projected, mostly to decreased Medicaid enrollment.

What that effectively does is turn what experts and critics thought was a $693 million deficit into a $21 million surplus.

It also adds more cushion to the state’s bottom line as it closes out the 2015-2017 budget cycle. Previously the net balance was about $40 million. The latest estimate has the state closing out the year with a $362.2 million ending balance.

As a result of the largesse, Gov. Walker has promised increase spending in the public school system, a cut in tuition in the University of Wisconsin system and more money for local roads and rural broadband access.

“These growing revenue numbers are a sign that what we’re doing in Wisconsin is working,” Walker said in a statement. “While this is certainly good news, our budget priorities will remain the same. We will increase funding to public education at all levels, continue tax relief, and reward work.”

Never missing a chance to criticize, Leftists were not happy that the state was doing so well.

Rep. Gordon Hintz, D-Oshkosh, whined that the revenue picture in Wisconsin, though better than November, is worse than what was projected when the current state budget was passed. At that time tax revenue growth for the current year was projected to be 3.8 percent. The latest projection pegs it at 2.7 percent, or $152 million less.

“Coming in at 70 percent of what you budgeted for a growth rate is not exactly a robust economy bringing in revenue growth,” Hintz said. “We’re in better shape because of the Medicaid savings and aggressive departmental budgeting.”

The budget surplus is the second of Walker’s administration. Back in 2013, the state saw their largest surplus at $484 million.

When they were faced with budget deficits, Walker made cuts to the university system and to public education. The intent of the budgeting this year is to restore the money that was lost in those cuts.

Conservative economics works – no matter what the media and Leftists say.