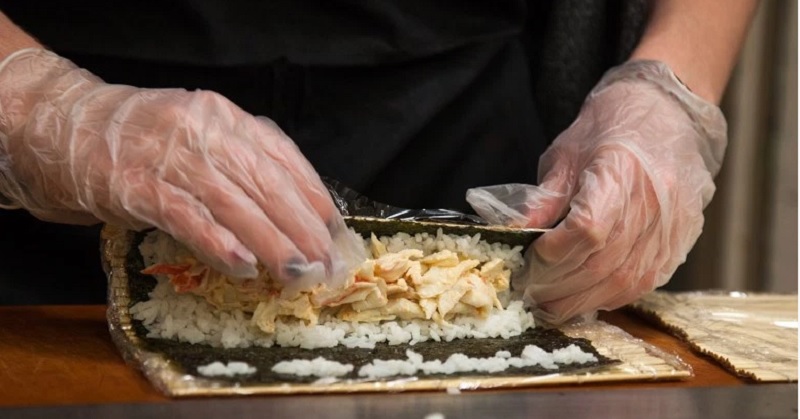 Oberlin College is a hotbed of nitwittery.

Just recently, we reported about protesters who were demanding to be paid by the college to organize even more protests.

Now out of the alma mater of Queen Nitwit Lena Dunham comes another insane story.

The New York Post is reporting that students at the ultra-liberal school are charging racism because the school’s ethnic food isn’t “ethnic” enough.

The Vietnamese sandwiches are served with coleslaw instead of pickled vegetables and that’s just racist, they claim.

They complained to the collegepaper

Diep Nguyen, a College first-year from Vietnam, jumped with excitement at the sight of Vietnamese food on Stevenson Dining Hall’s menu at Orientation this year. Craving Vietnamese comfort food, Nguyen rushed to the food station with high hopes. What she got, however, was a total disappointment.

The traditional Banh Mi Vietnamese sandwich that Stevenson Dining Hall promised turned out to be a cheap imitation of the East Asian dish. Instead of a crispy baguette with grilled pork, pate, pickled vegetables and fresh herbs, the sandwich used ciabatta bread, pulled pork and coleslaw.

“It was ridiculous,” Nguyen said. “How could they just throw out something completely different and label it as another country’s traditional food?”

Not only that, but the sushi rice was undercooked in a way that was, according to one Japanese student, “disrespectful” of her culture.

That student, Tomoyo Joshi, a junior from Japan, was very offended by this flagrant violation of her rice.

“When you’re cooking a country’s dish for other people, including ones who have never tried the original dish before, you’re also representing the meaning of the dish as well as its culture,” Joshi told the Review.

“So if people not from that heritage take food, modify it and serve it as ‘authentic,’ it is appropriative,” she said.

Sensing an opportunity to complain, the college’s Black Student Union joined in and complained there weren’t enough vegetarian options at their exclusive dorm. They also demanded less cream in their food because “black American food doesn’t have much cream in it.”

The school is caving, saying they’ll make whatever damn food the students want, just so long as the shut the hell up.