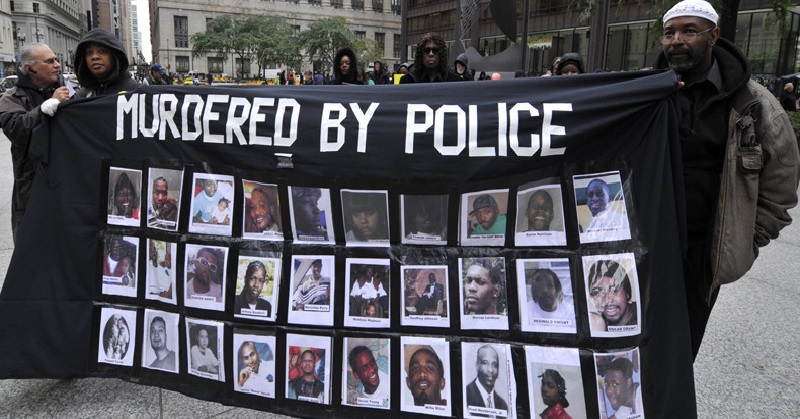 It has come to this.

There’s always been a bit of a contradiction among liberals when it comes to police and firearms. On one hand, you have liberals who think that only police should have guns, and on the other you have today’s social-justice warriors who think that all police are racist. So what’s next, gun control for the police?

Apparently, yes. After years of fighting off criticisms of being anti-police, the rallying cry of groups like Black Lives Matter is being used to that logical conclusion.

“Black people have been killed by the police at a tragically disproportionate rate, beyond the bounds of anything that would justify it.”

That sounds like a quote from a contemporary Black Lives Matter activist. But those words were written back in 1974 by American criminologist Paul Takagi. Takagi, an expert in police use of force and community policing, proposed an idea that still seems radical more than 40 years later. “Perhaps,” he said, “the only immediate solution at this time is to disarm the police.”

Well, let’s look at that claim. There are more whites killed by police in America than blacks, but it is true that blacks are killed out of proportion to their makeup of the general population (about 12% of the general pop.) About half of those killed by police are white, while 30% are black. So the raw data appears to show blacks to be 3.5 times more likely to be killed than whites in proportion to their population.

However, this is hardly “beyond the bounds of anything that would justify it.” A larger percentage of blacks killed by police are either in the process of committing a crime or attacking a law enforcement officer than whites. Adjusted for the homicide rate, whites are 1.7 times more likely to be killed by police – and 1.3 times more likely if you adjust for the racial disparity in police attackers.

The article also contains this bit of “logic”:

Yet there is some evidence that disarming the police might be less dangerous that it sounds. According to statistics compiled by the Federal Bureau of Investigation, of the 27 law enforcement officers murdered in 2013 in the line of duty, only 6 were able to fire their weapons at assailants.

Perhaps the reason so few murder officers in the line of duty is because they are armed. Deterrence works.

Additionally, I have my doubts that the last thought of those six officers killed before they could draw their weapon was “oh well, guess I might have well been unarmed anyway.”