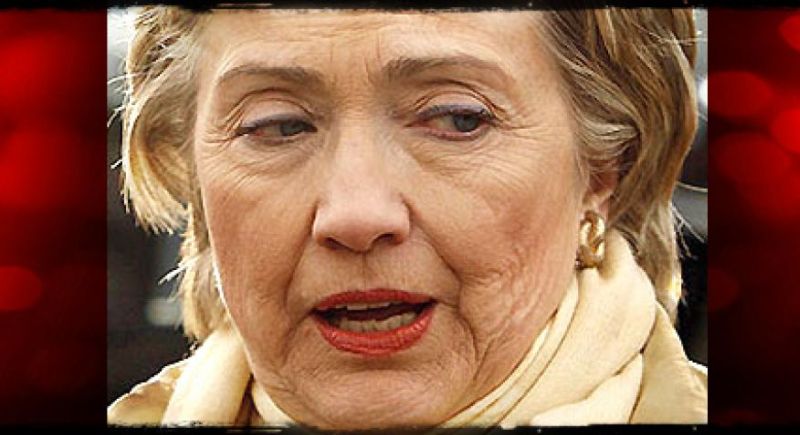 Of all the people in the world to make any implications about MURDER, Hillary Clinton is the last one who should be opening her mouth.

Of course, leftists such as Clinton always blame others for the actions of a few. Just check history to see how she victimized her husband’s sexual assault victims.

Hillary Clinton didn’t call The Donald out by name, but she suggested in an interview Thursday that comments like ones the real estate tycoon-turned-Republican presidential candidate made during his recent announcement speech could “trigger” events like this week’s church shootingin Charleston, South Carolina.

“We have to have a candid national conversation about race, and about discrimination, hatred, prejudice,” Clinton said of the Charleston shooting in an interview with Jon Ralston on his show “Ralston Live.”

“Public discourse is sometimes hotter and more negative than it should be, which can, in my opinion, trigger someone who is less than stable.”

Clinton, the Democratic presidential candidate, did not say Trump’s name, but went on to explicitly mention remarks he made during his announcement speech on Tuesday, the day before a white gunman opened fire in a historically African-American church, killing nine people.

“I think we have to speak out against it,” Clinton explained. “Like, for example, a recent entry into the Republican presidential campaign said some very inflammatory things about Mexicans. Everybody should stand up and say that’s not acceptable.”

Really Hillary???  Obama is THE president of divisiveness and hatred and you’re blaming Donald Trump for the Charleston shooting?

Your party, the Democrats, have always been the racist party of hate. How about you look to your own party and see who triggered this?

Or maybe, just maybe, the pscyho who murdered those Church members was taking drugs that aided in his psychosis.

Or maybe he was a psycho hell bent on murder.

Whatever the case, it certainly isn’t a presidential candidate’s statements that ‘triggered’ some homicidal maniac into murdering people.

Of course, Clinton is all for gun control. Maybe she should take a look at herself and wonder why HER PARTY wouldn’t allow those victims to defend themselves against a murderer.

And of course, Democrats ignore the murders that occur in their Democrat-controlled inner city slums on a daily basis.