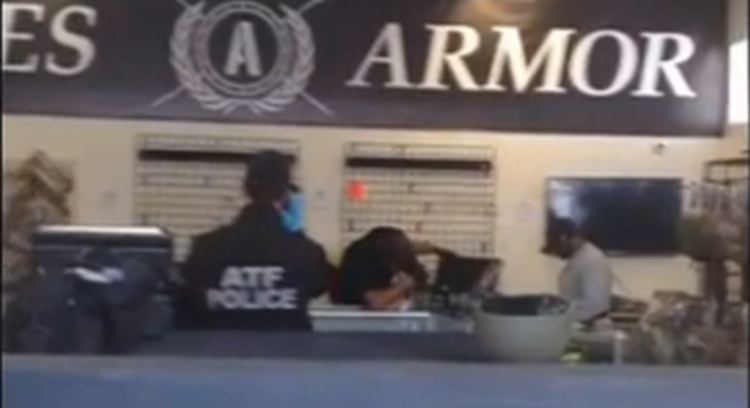 The Feds don’t care about anything as trivial as a restraining order. Laws are for the little people…

When Bureau of Alcohol, Tobacco, Firearms and Explosives agents expressed interest in a Southern California gun part and accessory store, it sought the protection of a federal district court. But on Saturday, agents raided the store anyway.

Ares Armor sells what are called “80% lower receivers” to allow a buyer to make his own AR-15 rifle. According to federal law,”The term ‘firearm’” includes “the frame or receiver of” a weapon, but one that is only 80 percent complete does not fall under that category.

When ATF agents began nosing around Ares Armor and started asking questions, the store obtained a temporary restraining order prohibiting the agency from seizing its product line and customer list. A hearing was scheduled for March 20 to litigate the issue.

However, on Saturday, ATF agents raided Ares pursuant to an ex parte order — an order obtained without notice to the other party, in this case Ares — and did just what Ares feared, according to the amateur video below.

In ATF’s ex parte application dated Friday, the agency alleged that it “is conducting a lawful criminal investigation of the illegal manufacture, distribution, sale, and possession of AR-15 variant lower receivers, which are considered firearms under the Firearms Control Act.”

What the agency’s application failed to mention, however, was that none of the items were a complete product — they were “80% lower receivers,” which remove them from the “firearm” definition to be classified as “parts.”

Watch the video of the raid:

Steve Straub
Steve has been involved in national politics for over 20 years and helps run one of the largest conservative opinion and analysis sites in the country.
Ric Grenell Claims There Was ‘Chaotic Mess’ in Nevada and Pennsylvania, Lots of Ballots Thrown Out
Rasmussen Poll Shows Depth of Democrat's Slobbering Love Affair With Socialism
Democrat Hypocrisy on "Coming Together" Brutally Summed Up With a Single Cartoon
Fox News, CNBC Report on Potential Side Effects of Coronavirus Vaccine, "Won't be a Walk in the Park"
AOC and Bernie's "Promise of Socialism" Brutally Exposed as a Fraud by 13 Pictures
See more...