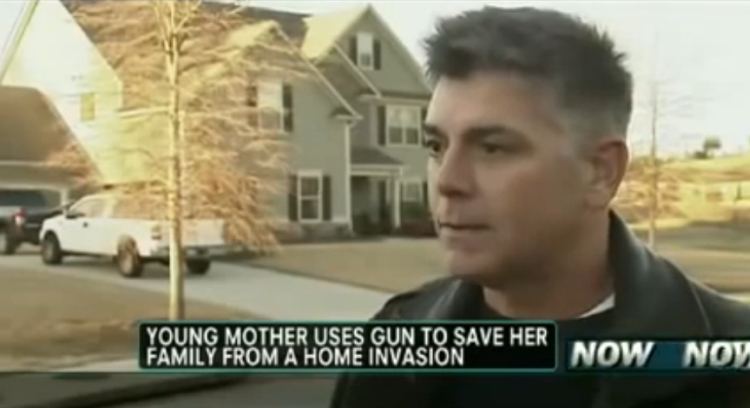 The suspect repeatedly knocks on the door, then repeatedly rings the doorbell, then breaks in and starts ransacking the home.. all while a Georgian mother and her twin children were inside.

The woman quickly called her husband and 911 while grabbing the family’s .38 revolver and hiding herself and her children in a closet in the attic.

Armed with a crowbar, the suspect made his way upstairs and opened the closet door. Not backing down, the woman fired all 6 shots, hitting the suspect 5 times in the face and neck.

Radio host Lars Larson pointed out that while the woman acted heroically, had there been more than one intruder, she would have been in real danger because she wouldn’t have had enough bullets in that type of weapon to protect herself and her family. He said many people want a gun that is capable of holding more bullets, but “this is what the president’s plan will go after.”

“This president wants to take away people’s rights to own the appropriate tool to repel an invader or invaders into their houses,” Larson said.