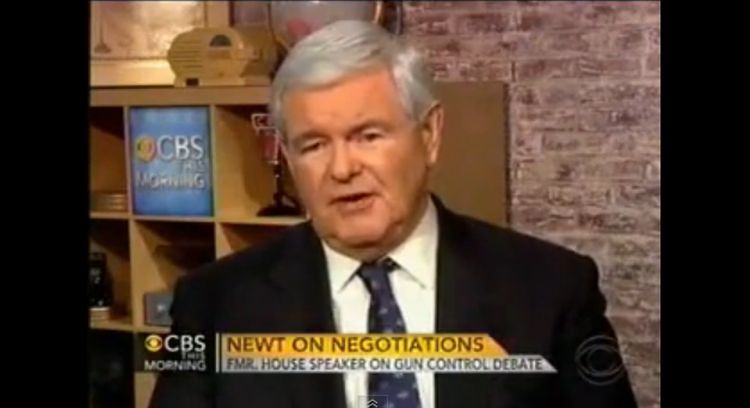 In this short clip a CBS News reporter attempts to ambush Newt Gingrich with a loaded gun control question, it took him less than 30 seconds to demolished her argument!

The reporter was so flabbergasted she quickly tried to change the subject!

Memorize Newt’s response and use it anytime you’re talking with a supporter of gun control. They’ll either change the subject, like the reporter, or they’ll start calling you names, a sure sign they’ve lost the argument!

As Thomas Jefferson wrote in his Commonplace Book, quoting Cesare Beccaria’s Essay on Crimes and Punishments:

“Laws that forbid the carrying of arms…disarm only those who are neither inclined nor determined to commit crimes. Such laws make things worse for the assaulted and better for the assailants; they serve rather to encourage than prevent homicides, for an unarmed man may be attacked with greater confidence than an armed one.”