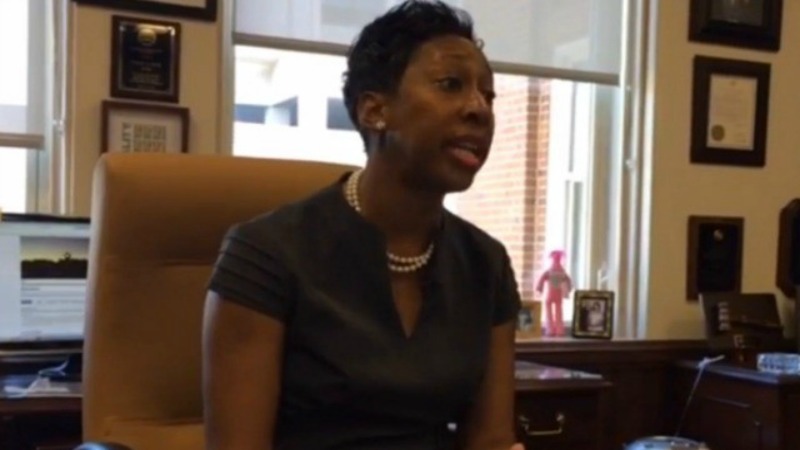 Only in present-day America does a video of an adult using common sense go viral.

Georgia Judge Verda Colvin is generally tasked with showing troubled teens what life as a criminal is like as part of the Bibb County Sheriff’s Office’s ‘Consider the Consequences’ program.

She lectured the young adults about personal responsibility and self-respect and left the young women in tears.

“Young ladies, whether anyone has ever told you before: you’re special, you’re uniquely made. Stop acting like you’re trash and putting pictures of yourself on the Internet,” Judge Colvin told the orange jumpsuit-clad young women.

“Stop being disrespectful to your parents. Care about your future, be somebody,” Colvin continued. “Anybody can be nothing, it doesn’t take anything to be nothing. Be something, do you understand what I’m saying? Care about yourselves. The fact that you’re shedding tears means you want to be better and you want to do better. Do it, the only person stopping you is you.”

“And then you hear them busting on TV about African-Americans being in the prison system,” Colvin said. “Well, guess what? If you don’t do what it takes to go there, you won’t be a part of it. You already know the game. If you know they come in your community more than they do other communities, then guess what, you’ve got a heads up.”

After leaving the young women in tears, Colvin shifted her focus on the young men standing in her courtroom. The judge said:

And I don’t know if your moms are like me, I don’t know if they tell y’all this the real deal, but you better get it together. I’m telling you, if your moms’ don’t say that, consider me your surrogate mom. Don’t you come up in here. I’m sick of seeing young men who look like you all, and more prevalent young men, men who look like you, white and black all together, come into this court system, going to jail for something stupid. Get yourselves together.