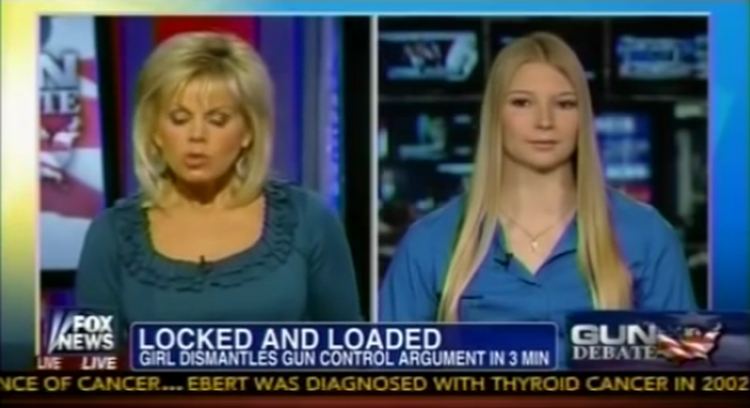 The Maryland state legislature was considering a gun control bill that most likely would ban her Bushmaster AR-15. The majority of legislators seemed focused not on stopping criminals, but on curbing the rights of law-abiding gun owners.

She had heard there was a public hearing on the bill in Annapolis, Md., the next day, so she checked online to see if there was an age limit for speakers; she didn’t see one. Any person, at any age, who signed up could get three minutes at the podium.

Of course, she didn’t know her speech would go viral—that it would get 2.9 million views on YouTube (and counting) after it was posted in March. She simply wanted to use her First Amendment rights to defend her Second Amendment rights.

This is what she said:

“I’m 15 years old and I’ve been shooting for almost eight years,” she began. “I’ve also been a part of the Maryland Rifle Club and Maryland State Rifle Team since I was 11.

Because of this, I have become eligible for various shooting scholarships around the country to a wide array of even the most prestigious colleges that have shooting teams.

Achieving stricter gun control laws would obliterate any opportunity I could’ve had to attend a decent college on a shooting scholarship.

Ever since I first learned how to shoot, the issue with gun violence around the nation became clear: guns are not the problem, people are.

Purging our society of violence and murder cannot be done through gun control legislation.

By signing this legislation you are not signing away gun violence, but instead confiscating American citizens of our constitutional rights.”

What did you think of that?