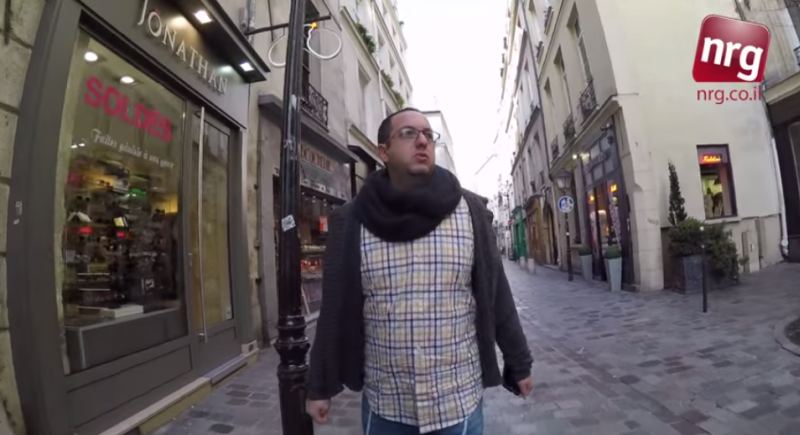 A reporter for NRG experienced a shocking amount of anti-semitism while walking through the streets of Paris. It was all secretly recording on a go-pro camera and shows what life is like for a Jew in France in 2015.

While walking quietly through the streets of Paris wearing a yarmulke, Zvika Klein claims to have experienced the shocking amount of discrimination and intimidation that Jews can experience on a daily basis.

With a photographer walking in front of him with a GoPro camera hidden on his backpack, Klein says an array of insults and hostile stares were hurled in his direction because he was perceived as a Jew.

For 10 hours I quietly walked down the streets and suburbs of Paris, with photographer Dov Belhassen documenting the day using a GoPro camera hidden in his backpack. Given the tensions in Paris, which is still reeling from a wave of terrorist attacks (including the murder of Charlie Hebdo magazine journalists), I was assigned a bodyguard.

One month after the terrorist attack on a kosher supermarket in Paris, NRG’s correspondent, wearing a tzitzit and a kippa, took what proved to be an intimidating walk across the French capital. “What is he doing here Mommy? Doesn’t he know he will be killed?” one little boy asked, saying it all.

“Go f*** from the front and the back,” “Viva Palestine,” “Hey you, with the kippa, what are you doing here?” these were only a few of the remarks sent my way as I was walking through the streets of Paris wearing a tzitzit and a kippa.

Welcome to Paris 2015, where soldiers are walking every street that houses a Jewish institution, and where keffiyeh-wearing men and veiled women speak Arabic on every street corner. Walking down one Parisian suburb, I was asked what I doing there. In modern-day Paris, you see, Jews are barred from entering certain areas.

What do you think about this stunning display of anti-semitism?