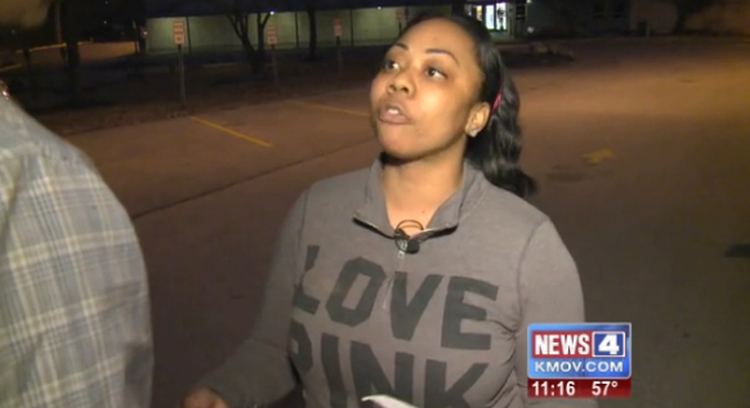 On Thursday a Missouri mother who went to school to pick her special needs son up ends up in handcuffs and the school gets put on lockdown.

“I was lying in bed when I received a frantic phone call from the teacher, that her son Michael, who suffers from Asberger’s syndrome was panicking,” said the mother, Niakea Williams.

After getting the call, Williams raced to Walnut Grove Elementary School where she was buzzed in by school officials.

“I saw a teacher and she said Ms. Williams what is wrong? I said something is wrong with Mikey and proceeded to go straight to my son,” Williams told TV station KMOV.

She got to her son’s classroom and immediately started to console him. Then the school principal informed her she was violated school policy by not signing in.

“I didn’t sign the book, but I had to check on my son. You can bring me the book, She said oh no, I’ve already called the police. You called what,” said Williams.

The Police responded to the call that came out as an “unauthorized entry to a school.” The school was also put on a 12-minute lockdown and a letter was sent home to parents.

“They escorted me away from my son, who already has emotional distress. Four officers told me to turn around and put my hands behind my back, I was under arrest,” said Williams.

This is unbelievable and unnecessary, especially given the fact that school officials let her into the building! What do you think?