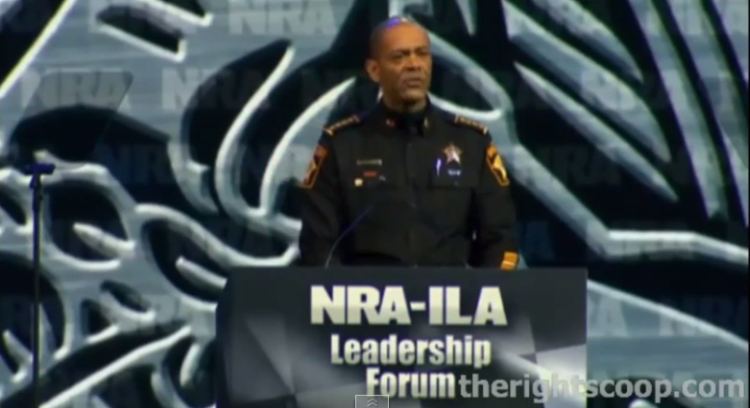 I wish there were more Sheriff’s like Sheriff David Clarke Jr!

Sheriff David Clarke Jr. may not be a household name…yet. But he’s well on his way after his rousing speech at the 2014 NRA convention. Consider the standing ovation he received after revealing the seven words he would add to the Second Amendment: “Keep your hands off our guns, dammit.”

Clarke, the outspoken gun proponent who heads the sheriff’s office in Milwaukee County, Wisconsin, was easily one of the most popular speakers during the convention’s leadership forum. His comments about amending the Constitution were aimed at former Supreme Court Justice John Paul Stevens, who said in his recent bookthat he would change the Second Amendment by adding five words in the middle: “A well regulated Militia, being necessary to the security of a free State, the right of the people to keep and bear Arms when serving in the militia shall not be infringed.”

“My reaction was, ‘What!’” Clarke said, adding, ”Just what part of ‘shall not be infringed’ does Justice Stevens not understand?”

What do you think of the 7 words this Sheriff would add to the second amendment?