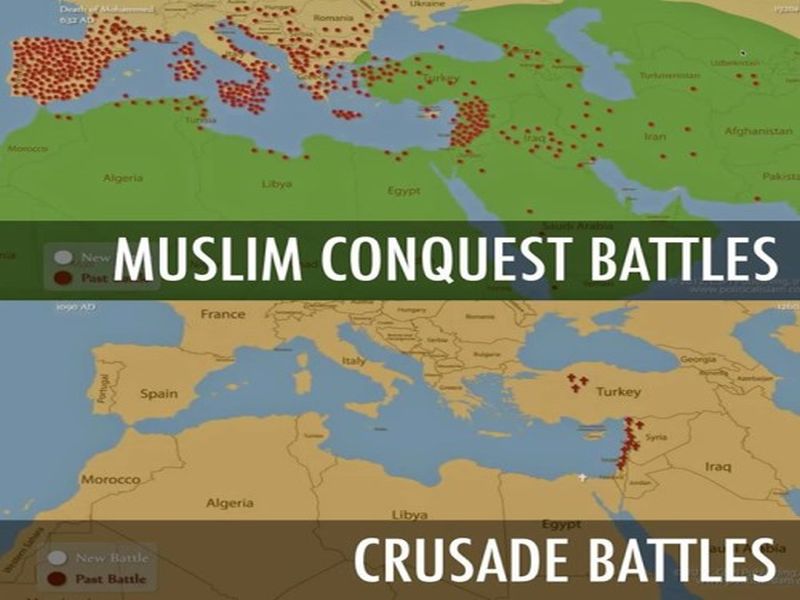 It has been a couple of months since Barack Obama suggested that the Crusades were somehow on a par with, or even a justification for, 21st-century Islamic terrorism. I objected to Obama’s casual slur at the link, saying, among other things:

There was nothing wrong, in principle, with the Crusades. They were an appropriate (if belated and badly managed) response to the conquest of the Holy Land by Islam. Did marauding 11th century armies inevitably commit outrages? They certainly did. In fact, that still happens today. But the most unfortunate thing about the Crusades is that they failed.

I have been hanging on to this video by Dr. Bill Warner of the Center for the Study of Political Islam for a while now, waiting for the Crusades to come back into the news. Which hasn’t happened. So here it is. Dr. Warner’s point, which he makes persuasively, is that the Crusades were a mere blip compared to the centuries-long, and nearly successful, assault on Christendom by Islamic armies bent on conquest.

It is frankly ludicrous for contemporary Muslims to whine about the Crusades. …

[K]eep Dr. Warner’s video in mind next time someone tells you that the source of Islamic rage lies in the Crusades.