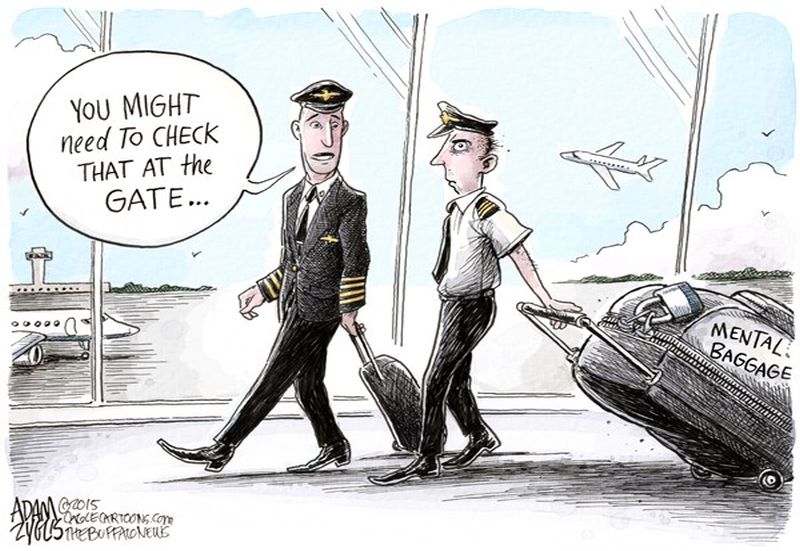 More disturbing information has emerged regarding the co-pilot who deliberately flew a Germanwings passenger plane into the French Alps.

[Killer co-pilot Andreas] Lubitz…is said to have sought help over his vision as recently as March 10, amid fears his eye problems may have jeopardised his ability to continue working as a pilot.

It came as police revealed that evidence found at his home suggested he was suffering from a ‘serious psychosomatic illness’. Officers reportedly found a variety of drugs used to treat mental illness at his flat in Dusseldorf, appearing to substantiate claims he was severely depressed.

And a former partner described him as a tormented, erratic man who was a master of hiding his darkest thoughts and would wake up from nightmares screaming ‘we’re going down’.

The 26-year-old Germanwings stewardess, known only as Maria W, revealed to a German newspaper how Lubitz ominously told her last year: ‘One day I will do something that will change the whole system, and then all will know my name and remember it.’

The startling revelations add weight to the claims that Lubitz tried to conceal medical conditions that should have stopped him flying.

It is not clear how severe his eye problems were, but officials confirmed that evidence found at his home suggested he was being treated for psychological issues.

Two officials with knowledge of the investigation said the authorities had not ruled out the possibility that the problems with his vision could have been psychosomatic, the New York Times reported.

The revelation came after German investigators revealed that the 27-year-old should have been off sick on the day he deliberately condemned his 149 passengers and crewmates to their deaths in the Alps.

Investigators said medical sign-off notes were found at his home – including at least one that covered the day of the crash – and Dusseldorf University Hospital confirmed he had been a patient there over the past two months.
While the hospital would not initially disclose his condition, bosses confirmed that he had been evaluated at the clinic in February and on March 10.

The hospital, which has its own eye clinic, later denied speculation that he sought treatment for depression at the centre but would not confirm he had attended for vision problems, citing privacy laws.

It came as German newspaper Welt am Sonntag said police found evidence at his flat which suggested he was suffering from ‘severe burnout syndrome’ – a serious psychosomatic illness.

A source in the police investigation team told the newspaper that Lubitz was treated by several neurologists and psychiatrists, before adding: ‘This is clear from personal notes stored and collected by the pilot.’

‘Severe burnout syndrome’ is a state of emotional, mental and physical ‎exhaustion and is often linked to those in jobs with high stress levels.