Whether you are into fashion or not, you have to admit the First Lady always looks fabulous. Unlike other designers who refused to design clothes for her (they designed clothes for former First Lady Michelle Obama that were remarkably hideous), Dolce & Gabbana not only promotes their designs but posts photos of the First Lady in them on their Instagram account:

Because they boldly go where other designers wouldn’t dare (because others are lightweights), some on the left are upset and claiming to boycott the designer. But Dolce & Gabbana is pushing back, and it’s hilarious! From TellMeNow:

Dolce & Gabbana has been under attack by leftists because Melania Trump wears their designs. Stefano Gabbana has proudly promoted the fact that the First Lady wears their clothes. But, now he has taken it even farther by mocking those who are boycotting the famed Italian line.

They are selling boycott t-shirts that retail for $245. They are profiting off this boycott. Gabbana mocked the boycotters on Instagram. 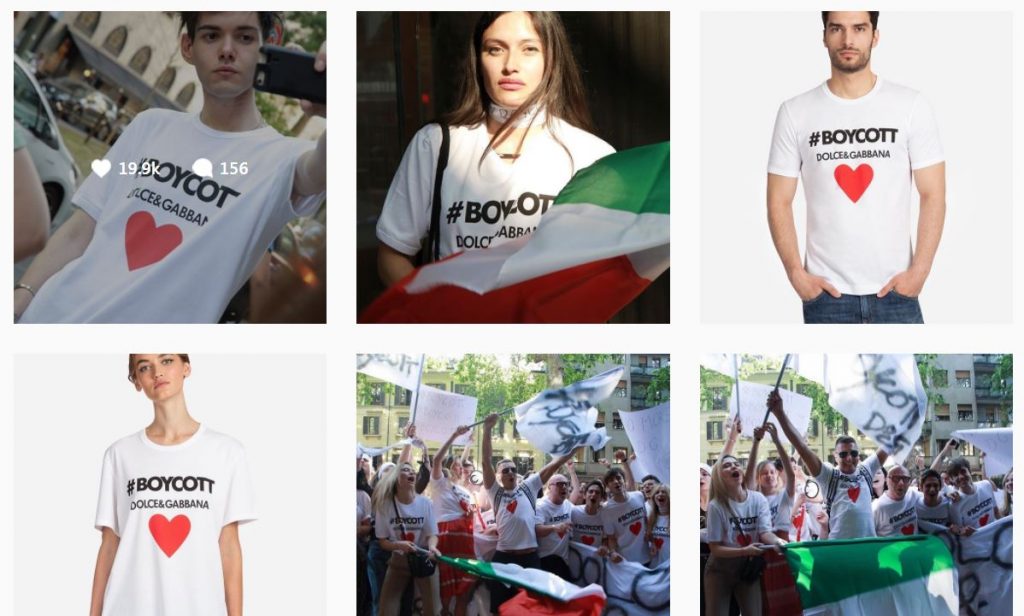 If you check out their Instagram, they have plenty of photos of the First Lady along with the President in order to show off their designs.

Regardless of what you think about the President, his wife always looks fabulous, and Dolce & Gabbana designs absolutely beautiful clothes for her.

The fact that they mock the left on top of it makes their clothes that much better.