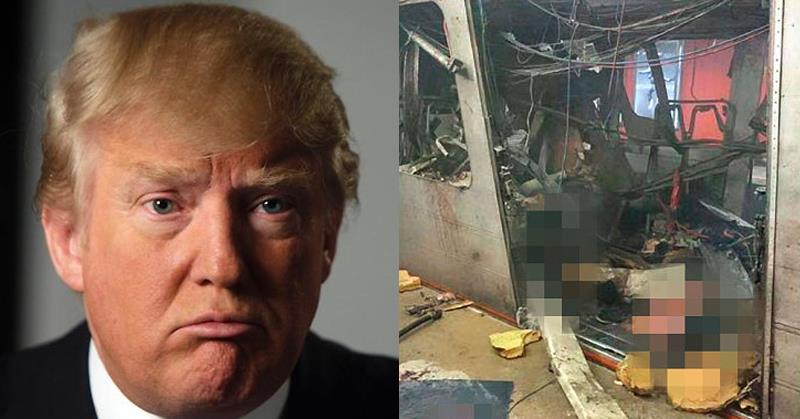 Two months ago, GOP front-runner Donald Trump warned that Brussels and other such cities in Europe had transformed into Islamic hellholes, but nobody listened.

“There is something going on,” he said while speaking with Fox Business Network host Maria Bartiromo in late January, according to The New York Times. “Go to Brussels. Go to Paris. Go to different places.”

You go to Brussels — I was in Brussels a long time ago, 20 years ago, so beautiful, everything is so beautiful — it’s like living in a hellhole right now.

At the time, Trump faced massive backlash for his sensible analysis:

But judging by what just happened this Tuesday, when three terror-related explosions in Brussels led to the death of at least 34 people, it appears that Trump spoke the harsh truth.

Yet when Trump tried to highlight this indisputable fact, the media hammered him, as usual.

According to Politico, this Tuesday he again reiterated his point:

Brussels was a beautiful city, a beautiful place with zero crime, and now it’s a disaster city …

I think this whole thing will get worse as time goes by. It’s being, you know, perpetrated all over the place now. Brussels is in very bad shape, but many cities will be this way with what’s taking place, and it’s really the policies of people who don’t know what they’re doing.

Instead of mocking him, perhaps this time the media will LISTEN and LEARN!