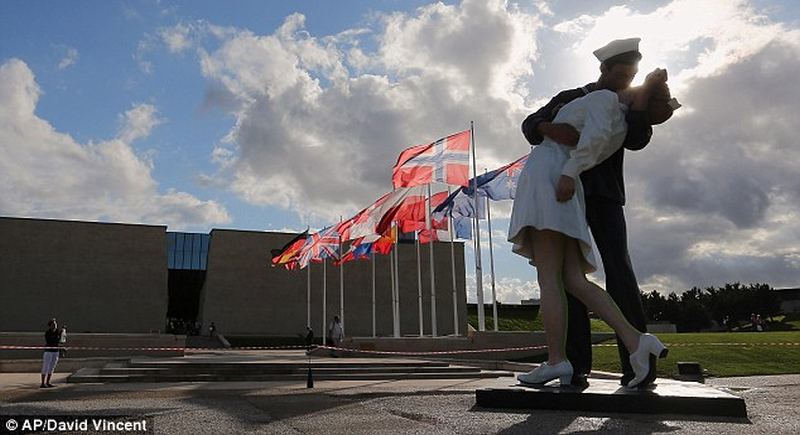 This feminist group thinks this iconic WWII statue should be torn down because it represents a sexual assault. The members of this group have WAY too much time on their hands…

French feminist group Osez Le Feminisme has complained the statue represents a ‘sexual assault’ because the woman had the kiss ‘forced upon her’ by the sailor.

The group, which has started a petition calling for it be removed, also claims the photographer who took the original photo – Alfred Eisenstaedt – said the sailor had grabbed and tried to kiss all the women around him before the shot was taken.

A spokesman for Osez Le Feminisme said: ‘We cannot accept that the Caen Memorial erected a sexual assault as a symbol of peace.

‘We therefore request the removal of this sculpture as soon as possible.

“The sailor could have laughed with these women, hugged them, asked them if he could kiss them with joy.

‘No, he chose to grab them with a firm hand to kiss them. It was an assault.’

The petition has so far attracted more than 700 signatures.

However, Stephane Grimaldi, director of the Caen Memorial Museum, said the woman in the photograph had always maintained she had been happy to have been kissed.

‘She never considered that she was assaulted,’ he said. 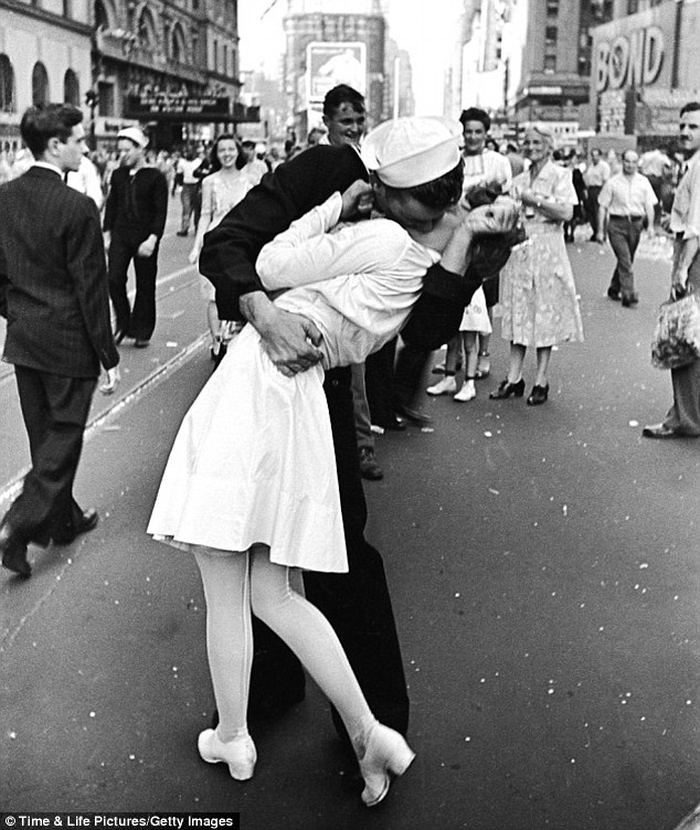 What do you think about the reason this feminist group wants this iconic WWII statue removed?

Steve Straub
Steve has been involved in national politics for over 20 years and helps run one of the largest conservative opinion and analysis sites in the country.
The Gun Control Meme That Has Democrats and Leftists Up in Arms Today
The Climate Change Scam Brutally Exposed by a Single Meme
Hilarious "Super Bowl" Joke Has Conservatives Laughing and Turns Liberals Purple With Rage
Hilarious Bar Joke Will Have Conservatives in Stitches and Turn Liberals Purple With Rage
Cartoon Shows Hard Truth About 'The Law' and Politics in This Country
See more...