The day before Obama’s surprise announcement about ‘normalizing’ relations with Cuba, the Castro Regime announced new rules on the salaries of workers who are employed by foreign entities.  Coincidence?  Hardly.

The Castro Regime had to be sure they set the rules in place so they could take as much money as possible from the people.  So much for the freedom of Capitalism that so many seem to think will lift the Cuban people out of oppression.  The Cuban government is going to take 92% of workers’ salaries in dollars and then give them a mere 8% to keep but they will have to be in pesos; the currency reserved for the oppressed.  Castro has to be sure Cubans barely earn a living wage.

Yes you read that correctly, 92%.  And people in America complain about taxes or a living wage?

Just one day before President Obama announced sweeping changes that would allow potential American investment in Cuba, the Cuban government apparently had begun preparing itself by announcing new measures that would allow Cubans who work for foreign companies to keep only 8% of their salaries.

In an official announcement in state newspaper Granma, government officials announced a system in which employees who work for corporations with foreign capital will be paid two Cuban Pesos for every Convertible Cuban Peso (CUC) the corporation actually pays them. The Convertible Peso (CUP) is almost exclusively for the use of tourists and is of significantly greater value; one CUC is the equivalent of an American dollar and the equivalent of 26.5 CUPs. The other 24 CUPs Cuban workers will not receive amount to 92% of their salaries.

As Raúl Castro noted in his speech, the Cuban government made no concessions in this recent negotiation with the United States, save the freedom of Gross and one other American agent whom President Obama did not name, which leaves it open to sanctioning American companies who dare attempt to do business on the island as they see fit.

With so many people weighing in on the Embargo, it’s interesting to note not many seem to understand how Cuba’s economy works.  Cuba has a 2 currency economy.  All of which is controlled by the government.

When people talk about how great they believe lifting the Embargo with Cuba will be for the people of the Island, they seem to forget that Cuba has been trading with European countries, Latin American countries and Canada for years now.  Funny, the people are still oppressed.  Why?  Because the government controls the economy; the currency and taxes. 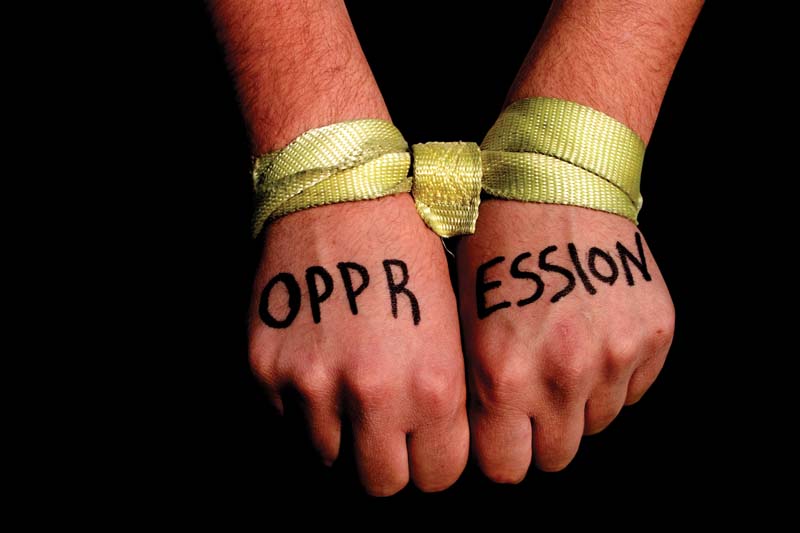 As explained by Sean Davis of The Federalist:

The result of the Cuban two-currency economy — one of which is forbidden to its people — is that every dollar will eventually find its way into the hands of the Cuban government. Since their internal currency, the CUP, is worthless, it’s not like they can just exchange it for dollars on the open market, like most other countries do. No, if the Cuban government wants dollars and the wealth that comes with them, it has to import them. And more dollars don’t mean more prosperity for the people of Cuba; more dollars means more wealth and power concentrated in the hands of Cuba’s communist regime.

It’s ironic, the Left is constantly screaming about living wages and the Right is constantly screaming about high taxes.  Here their 2 worlds collide because there are supporters of ‘normalization’ on both sides of the political spectrum.  Capitalism will not exist in Cuba as long as the Castro Regime continues with its 2 currency economy; taxing Cubans to the point they are not earning a living wage and controlling all aspects of said economy.

Cuba has been doing this for years with other foreign countries.  Clearly the Castro Regime has no plans of ending its oppressive ways.   Infusing more money into the Cuban economy doesn’t help the Cuban people, it lines the pockets of the Castro Regime and enables them to maintain power.