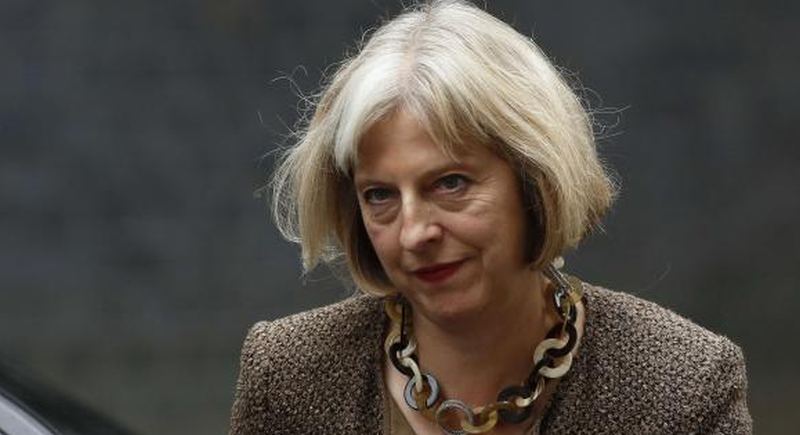 For now, this new law only applies in England where leftist lunacy is far more advanced than in America, but it’s a good illustration of where our society is headed if we don’t reverse course.

Men who exercise “coercive control” over their partners by restricting their personal or financial freedom, or through overt criticism could face up to 14 years in jail under new laws set to be announced by Home Secretary Theresa May this week. Campaigners, who have been arguing for a change in the law to bring emotional abuse into line legally with physical abuse, have praised the proposals as a “major step forward”.

The new law will be introduced as a series of amendments to the Serious Crime Bill, and will alter the legal definition of domestic abuse to include psychological, as well as physical damage. It is expected to pass into law in the new year.

May has been attempting to find a way to introduce these proposals for some time now. In 2011, she described coercive control as “a complex pattern of abuse using power and psychological control over another — financial control, verbal abuse, forced social isolation. These incidents may vary in seriousness and may be repeated over time.”

Seema Malhotra, Labour’s shadow anti-domestic violence minister, suggested earlier this year that husbands criticizing their wives weight or appearance may be guilty of domestic abuse. “It can be part of a pattern of controlling behavior that leaves people feeling fearful and terrorized in their own homes,” she said, and may be an “indicator of physical abuse in the future”.

On hearing that the changes were set to take place, Plaid Cymru MP Elfyn Llwyd, who introduced a Ten Minute Rule Bill on coercive control in February was delighted. “Following the Home Office’s consultation upon the issue it is clear that there is a real and urgent need for this change in the law which will effectively underpin the definition of domestic violence adopted by the Association of Chief Police Officers, which already includes coercive control,” he said.

“It is a fact that for every single act of abuse or violence there are usually thirty or more previous occurrences which have not been the subject of any reporting.

“Coercive behavior can be as insidious and as damaging as physical violence and this must be recognized in law.”

In my opinion a man who is abusive to his wife or girlfriend is a lowlife. That being said a law like this is very subjective, very one-sided and completely unfair.

Why is it abuse if a man yells at a woman but not the other way around? Over the years my wife and I have had arguments that involved both of us raising our voices. In England I could go to jail but she would not! That seems brutally unfair.

Also to say that criticizing a person’s weight or appearance is spousal abuse is ridiculous except if done to the extreme. To merely suggest that you don’t like an outfit your spouse is wearing is abusive, is laughable but soon to be a felony in England.

While England is much more advanced than we are in the liberal lunacy department things like this should serve as a wake-up call for all Americans as to where our society is headed if liberals are allowed to continue to get their way.

It’s not to late to reverse course, but the change in direction needs to come quickly! Do you agree?