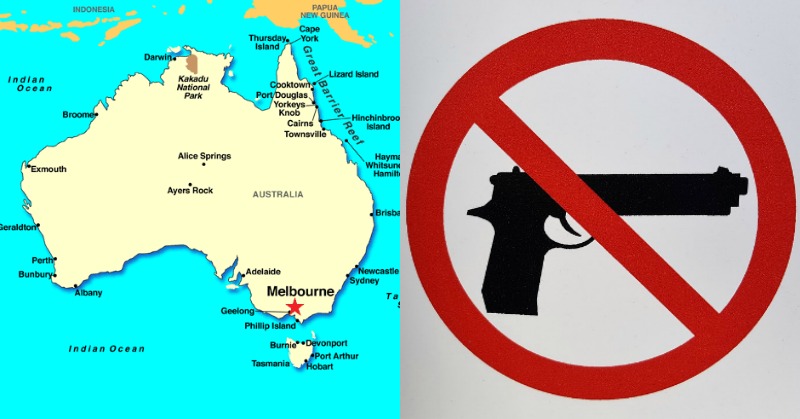 Melbourne, Australia “is in the grip of an unprecedented wave of gun violence,” according to Australia’s The Age. Despite extremely strict gun control, which the left claims will tamp down on gun crime, this major Australian metropolis is proving the opposite.

The Age conducted an investigative report that delved into the rising gun crime situation facing “the world’s most livable city.” According to The Age, gun crime has more than doubled in the metropolis over the past five years.

As conservatives have been saying for years, criminals will not be deterred by strict gun laws, but law-abiding citizens will. This is exactly what has happened in Melbourne.

Law-abiding citizens are effectively sitting ducks as criminals, more than 750 in 2015, were caught carrying guns on the streets of Melbourne — which is five times the number just four years prior. The Age Reported:

“Shootings have literally become a weekly event. Crimes related to firearm possession have more than doubled in the past five years. The number of young criminals has rocketed; almost 1500 people aged between 20 and 34 committed a gun offence last year, more than twice the number five years ago. A culture of carrying, and using, guns is becoming worryingly entrenched in criminal circles.”

Drugs are added to the mix in the city, with violent criminals not only wielding guns — as law-abiding citizens are unable to protect themselves — but many of these criminals are also under the influence of illegal drugs.

Despite these harrowing statistics, The Age believes that even stricter gun control laws are the answer to the problem. They assert that legal guns are getting into the hands of criminals who steal them from their law-abiding owners.

While this certainly could be the case in some instances, the fact remains that criminals will get their hands on guns. The overarching problem is that for legal citizens, these increasingly-strict gun restrictions prevent them from protecting themselves.

The Age discussed increased penalties for gun crimes and the banning of 3D printers to make guns, but they spend no time discussing the idea of getting more guns into the hands of law abiding citizens.

The Australian publication talks about a culture of gun use among criminals, but fails to recognize that criminals utilize these weapons because they know that they give them the advantage.

If a criminal knows that citizens are likely to have a weapon themselves, they’re likely to think twice about committing a crime against them.

Australia already has strict gun control and it is clearly not working — so what does the anti-gun crowd propose? Even stricter gun control.

What’s the definition of insanity again?