Communists in Paris are no different only they seem far more violent than those in the U.S., so far anyway. Not only has there been complete chaos in Paris but they aren’t peacefully protesting, not by any stretch.

May Day history. Again, May Day is about Communist propaganda, it has nothing to do with workers other than the fact that unions are filled with Commies. From The Resurgent:

May Day was generally celebrated with massive marches, demonstrations, & parades throughout communist countries like the Soviet Union, China, Vietnam, & Cuba (and still is in some communist hangers-on). May Day Parades would be especially critical to the propaganda machine of the Soviet Union throughout its existence, giving a succession of Soviet dictators the chance to rally their people and showcase military hardware with massive parades consisting of soldiers, red flags, tanks, missiles, and gigantic banners of Lenin & Stalin paraded through the Red Square in Moscow. 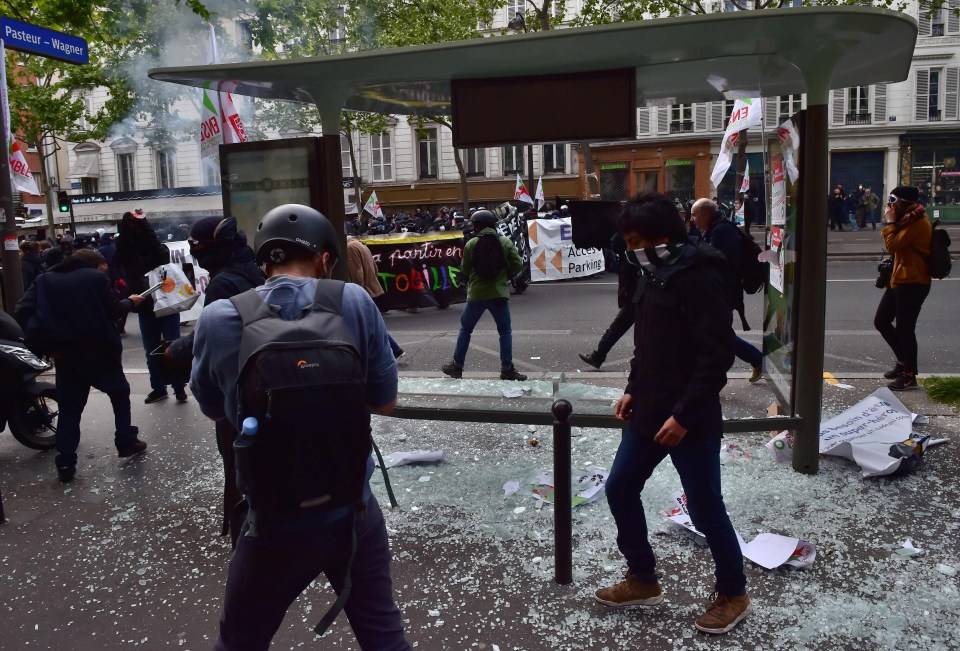 Chaos in Paris. Crows in Paris have become an out of control as they throw Molotov cocktails at police officers. There are supposedly 9,000 soldiers and police on the ground to control the crowds. There were events planned around the city and since the election is coming up soon, tensions are high. As reported by The Sun UK:

MAY DAY demonstrators in France went on the rampage today as they rallied against right wing presidential election candidate Marine Le Pen.

Fighting broke out in central Paris during a rally held close to the Place de la Bastille, where protesters shouted “Fascists out!”

Apparently they are just as stupid and fascist in Paris as the antifa in the United States. No free speech for you if you disagree! Clearly ignorance has no geographical boundaries.

Why the matters? Communists come out and celebrate this day every year as do unions who support them. They like to pretend it’s about workers but in reality, it’s always been about Marxism, Communism and Socialism; all of which mean complete government control of every aspect of our lives.

More from the Twitterverse:

To date, communism is responsible for 100 million deaths worldwide.

In #Paris, for MayDay, they proudly wave the faces of Communists pic.twitter.com/GBhQ4EetdM

Police injured in clashes with Paris May Day protesters https://t.co/kLT1SmkFjG via @ReutersUK

Communism has led to mass starvation and/or mass death any time it’s been tried on any kind of scale. #MayDay2017 pic.twitter.com/3SwAlMcpTF