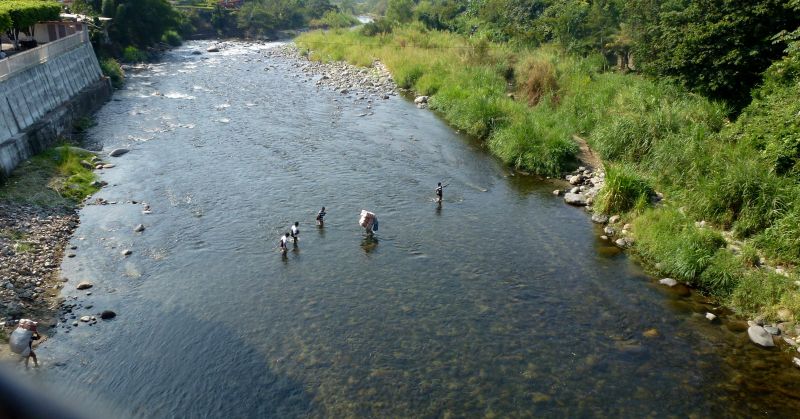 Mexico seems to hold a rather shocking double standard on deporting illegal immigrants. While they denounce Donald Trump for saying he will build a wall along the American southern border, and say that they will not be funding this wall, Mexico deports about 90% of its own illegal immigrants. Hypocrisy much?

While many Mexican politicians including President Enrique Peña Nieto decry GOP presumptive nominee Donald Trump’s proposal for a border wall, the country reportedly deports nine in 10 Central American illegal migrants south of its own border. Univision reports that Mexico strictly enforces its own immigration laws through strong border security which has led to deportation of 87 percent, 92, percent, and 97 percent of illegal Salvadoran, Honduran and Guatemalan migrants respectively.

Why should we be concerned with all of this? For two reasons.

First, most of the immigrants who were caught trying to enter Mexico this year were trying to get through the country so they could cross the Mexican-US border. Ultimately, their goal was to get into America illegally.

So it’s okay for Mexicans to migrate illegally to the US, and when we try to deport them it’s “racist”; yet it’s perfectly fine for Mexico to deport 90% of their illegal immigrants, and that’s not racist at all. “Peña Nieto has stated that there is ‘no way,’ his country will foot the bill for a U.S.-Mexico border wall.”

The former Mexican President, Vincente Fox made a similar statement in his interview with Univision’s Jorge Ramos, but in much stronger language.

Despite the fact that their deportation of illegals ultimately benefits us, it must be called out as a hypocritical double standard, otherwise we will be the hypocrites, losing our credibility when calling out other forms of hypocrisy in future.