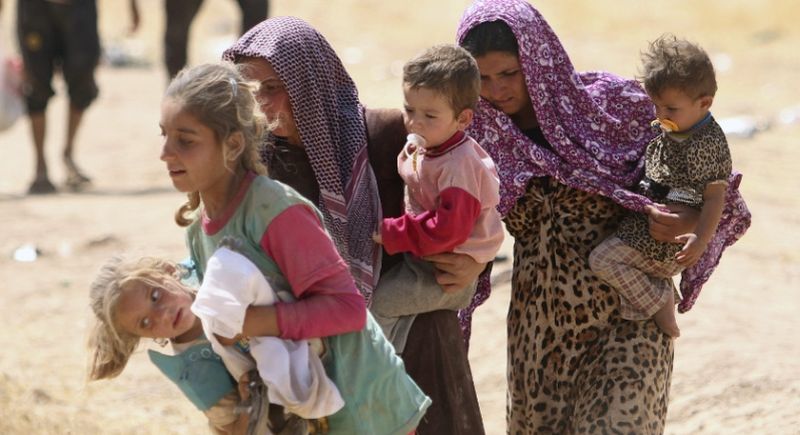 ISIS is pure evil. There is just no other way to describe them.

Teenage Yazidi girls who escaped from their ISIS captors they were away at prayers, recount their horrific experience as reported in NY Post:

Teenage girls who escaped the brutal clutches of ISIS terrorists have recounted a harrowing nightmare of beatings, torture, rape and degradation that included being forced to watch videos of men being beheaded. The girls, members of the persecuted Yazidi minority from northern Iraq, say they were captured and sold or given as gifts.

“We would try to make ourselves look ugly,” an escaped girl, 15, told the Global Post news service. “Some women would cry or scream or fight, but it made no difference. They were always taken anyway.”

She said they were debased so badly that death, even by suicide, was more appealing than living under ISIS’s barbaric control.
“One girl hanged herself,” the teen said. “Another tried, but the ISIS guards stopped her and beat her very badly. No one else tried after that.”

They were also forced to watch videos of Yazidi men being beheaded.

“In some [videos] they put the heads into cooking pots,” the anguished victim recalled. “Sometimes they would stand on them. There were so many heads. And they would ask us, ‘Do you know this one?’ and laugh.”

They were also forced to convert to Islam or face the death of their loved ones or themselves.

“They told us if we didn’t convert to Islam, they would kill all the men in our families, so we said to ourselves, ‘It’s just words. In our hearts we are still Yazidi.’ So I did it to save my brother.”

These are the same barbarians who have threatened our country and have called on all of their followers far and wide to commit these atrocities right where they are… maybe in your hometown. Do you believe Obama is doing all he can to “destroy” this evil?