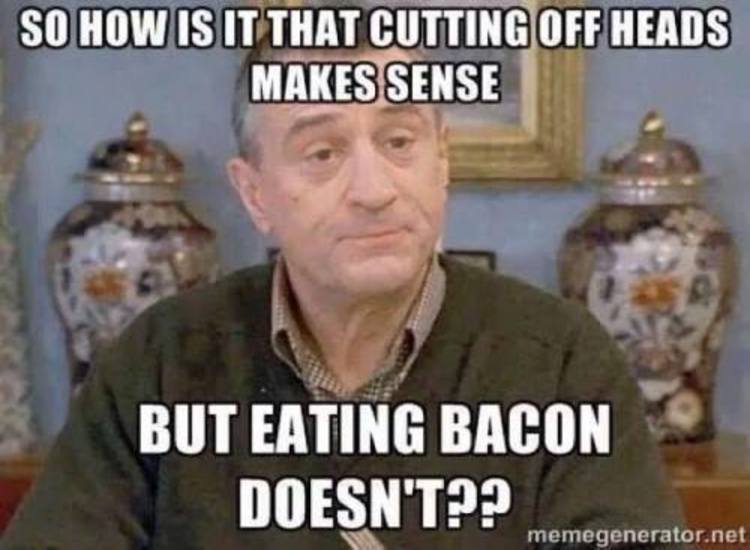 Regan Pifer asks: Are you ready to shell out more of your hard-earned dollars for taxes? If this gay, black Muslim has her way, your dollars are going straight to safe spaces for Muslims!

Blair Imani, a gay, black Muslim woman and executive of “Equality for Her,” appeared on the Tucker Carlson’s show on FOX and told him Muslims needed safe spaces.

And what exactly are safe spaces to Imani?

Places where Muslims will not be attacked, harassed, or surveilled.

I’ll let that sink in for a moment.

According to The Blaze, she told Carlson:

“America was built on the idea that we could express our religious freedoms,” she continued, “that we can have our free speech, I know that’s something that you very much believe in and I think it’s, you know, a necessary thing. And we’re talking about ‘safe spaces’ for Muslims, we need to recognize that we’ve been surveilled for a very long time.”

“I converted to Islam two years ago but for folks who have been Muslim and living in America,” she explained, “it’s a crisis for them. Because you know you’re being surveilled, you’re being watched, and children are being affected.”

Surveillance of Muslims exists in an effort to counter terror — to protect ALL American citizens.

What exactly do Muslims need safe spaces from? What are they doing that might be considered so awful that they need to hide it from the rest of society?

“I don’t understand why other groups won’t acknowledge that violence isn’t something that’s exclusive to the Muslim community,” she explained. “It’s not exclusive to Islam, it’s not exclusive to you know, my religion, and so, which is Islam. But we see people targeted in a way that’s extremely unfair. And we also have this rise of white supremacists and y’know ‘alt-right’ violence that’s being committed…”

“If you’re reading only Salon all day, maybe you’ve been convinced of that, but the truth of it is there are hard numbers kept by the U.S. government, maybe they’re in on this plot too,” he added sarcastically, “that show exactly the number of people who died and how in terror attacks in the United States, and the truth is there’s no comparison.

“There actually is a problem with people self-identifying as Muslims murdering other people in the name of Islam,” Carlson said. “I don’t think you’re implicated in that, I’m not saying you are, but I just don’t know you’re not more upset at them.”

Imani stood by her claim that all minorities needed their own separate safe spaces from this big, scary world.

In other news, liberal identity politickers are passing out free pacifiers, baby blankets, and suckers outside the U.S. Capitol until safe spaces are built.